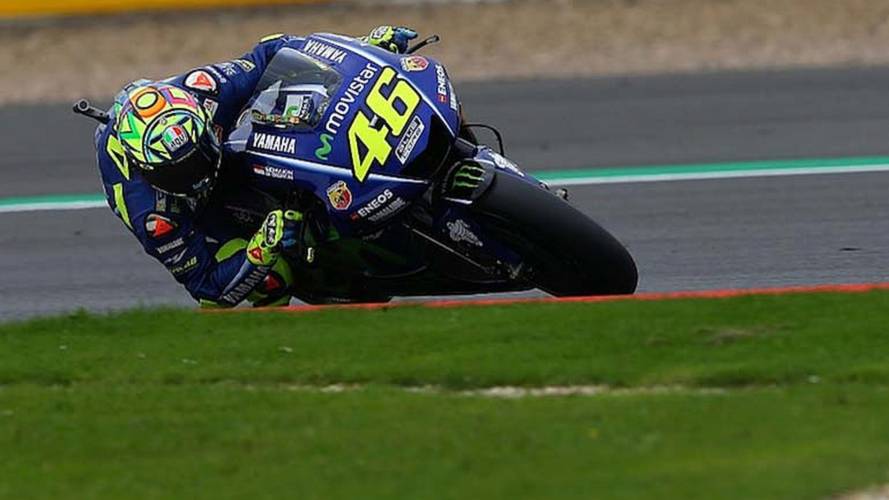 Less than three weeks after breaking his leg in a training accident, Valentino Rossi hopes to return to MotoGP action in Spain.

Former World Champion Valentino Rossi will get the word today on whether he’s cleared to ride in this weekend’s MotoGP at Aragon in Spain. After breaking his right leg in a dirt bike accident less than three weeks ago, Rossi returned to the track at Misano, Italy, earlier this week to test his fitness.

According to Yamaha, Rossi completed 20 laps yesterday and wrapped up this second day of testing with an improved feeling and a more positive impression compared to yesterday. Today’s medical exam will determine if his rehabilitation progress has been sufficient to allow his participation in the Aragon event. Having missed the previous race at Misano, Rossi is in fourth place in the points standings, 42 points down on Marc Marquez and Andrea Dovizioso with five races remaining.

“Fortunately, yesterday I had a good test with my YZF-R1M in Misano,” Rossi said. “I tried also the day before, but the rain stopped me after a few laps. Yesterday I managed to complete 20 laps and find the answers I was looking for. Eventually, the test was positive and I want to say thanks to Dr. Lucidi and his staff, who helped me find the best solutions to feel the least amount of pain possible in my leg when I‘m riding. Obviously at the end of the test I was in a little bit of pain, but this morning I went to Dr. Pascarella for a medical check, and it came out with a positive result. At the end I decided I will leave for Aragón and will try to ride my M1 this weekend. If I will be declared fit to ride, I'll have the real answer after FP1, because riding the M1 will be a much bigger challenge. We'll see. See you in Aragon!"

Should the chief medical officer at Aragon declare Rossi unfit to compete, he will be replaced by Yamaha factory WSBK rider Michael Van Der Mark. We’re betting that he will have to wait for another opportunity.