Why We Need to Stop Buying Beginner Bikes 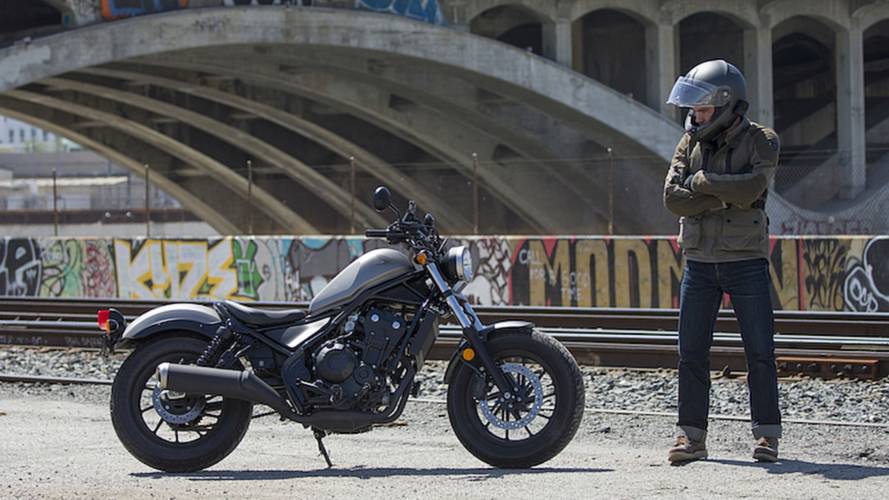 Should we all give up on learner bikes and put newbies on more powerful machines? One commenter thinks so.

“No, I don’t have my endorsement, but I rode dirt bikes as a kid.”

This statement, has become the butt of countless jokes on my behalf. It came out of my mouth when I was trying to convince a friend to lend me his Honda NS-50. He did so and suggested we go for a casual summer spin. Yes, I had ridden dirt bikes as a child. But no, I hadn’t the slightest idea how to properly operate a clutch, to downshift, to trail brake, or even how to start the damn thing.

And so, on my first ride, after a few quick laps around a parking lot, I was struck by an older woman at the wheel of a Land Cruiser. Up to that point I had felt I was proving myself quite competent behind the bars: feathering the clutch and accelerating, banging my way through the gearbox, albeit slowly – this was a 50cc two-stroke, after all. Then I entered an intersection, noticed the oncoming Land Cruiser and, in an effort to avoid the inevitable collision, grabbed a big handful of gas and steered myself in the opposite direction. But the bike, with all its 50cc might, couldn’t muster the necessary speed.

Instead, the Land Cruiser collided with my front wheel, sending me square into the side of the SUV. My bell was rung, but I was otherwise alright. The Toyota, though, suffered a watermelon-sized dent in the door. And the woman was so concerned about me that she called each night for a week to make sure I didn’t die. Ultimately – in the eyes of the law, at least – the fault of this accident didn’t fall on my shoulders. The Land Cruiser had cleared a stop sign without, well, stopping. And although the bike suffered a few scrapes, everything turned out OK.

Maybe I should have grabbed a big handful of front brake. Or maybe I should have spent a few more seconds making sure the intersection was clear. But mistakes were made, however you shake it. That being said, here’s my argument against the “beginner bike:”

My accident could have been prevented if I had been riding a more appropriate (read: powerful) motorcycle – something that could have out-accelerated or perhaps out-braked my opponent. And while the NS-50 isn’t a good example of what one should start their motorcycle memories aboard, the Honda Rebel, which has been reborn recently in both 300cc and 500cc iterations, is a bike that many people have used to begin their biking career. And after riding both at the official launch in Los Angeles, I’m convinced the smaller of the two should cease to exist.

After the launch a fellow journalist friend asked me what I thought of both bikes. I replied, honestly, that I liked one and not the other, and then he asked me a question that hadn’t crossed my mind: “Who buys a brand-new Rebel 250?”

With the used motorcycle market saturated in quarter-liter-sized cruisers, obviously some people have pulled the trigger at some point. But why? Why, when your next bike will likely come within six to ten months? Why, when the bike you learn to ride on is wholly unprepared for the realities of the road?

Ever outpace an Acura on your Rebel 250 from a dead-stop? Not happening.

I understand the need for an entry-level, approachable motorcycle. I get that people are short and can’t reach the ground. Or that a 1000cc sport bike is a real dumb idea when you’re green to the go-fast world. But I’d like to argue in favor of something more in the middle – the 2017 Rebel 500, for example.

After the aforementioned NS-50 accident I purchased the bike from my friend. In hindsight, I think I was just trying to quell a storm that might have brewed because I crashed. But after another week aboard the little Honda I knew I needed something bigger. Not because I had squeezed all that I could from the 50, but because I had numerous occasions where it wasn’t enough. Where I wanted to overtake, but couldn’t. Or where, at a stop light, I couldn’t get away from the line fast enough as cars approached, at speed, from behind.

So, I traded up: a completely clapped out 1980 Kawasaki KZ440. My decision to ditch the Honda in favor of the KZ was also a bad idea. I’ll save my rant about “vintage” bike ownership for another story, but suffice to say, the added power of the 440cc motor allowed me to cruise comfortably on the Interstate, to outrun the authorities (joking...) and just generally have more fun, safely. Sort of.

Back to the new line of Rebels, and perhaps a point. The 2017 Rebel 300 and 500 are essentially the same bike, with one powered by a parallel-twin and the other a lifeless one-lunger. The frame, wheels, tires, brakes, etc., are the same between the two bikes. And they're designed so that you can customize them. But while both bikes are, predictably, the same as far as comfort, ergonomics and architecture are concerned, the 300 is lacking exactly what I’ve been talking about: the ability to avoid an incident. Where the 500 whirs to life, accelerating smoothly to highway speeds, the 300, even when you’re ringing its neck, achieves higher speeds at a snail’s pace.

When I attempted to overtake a slow-going grandma aboard the 300, I found myself in a situation I had encountered on the NS: traffic approaching from the rear at a brisk pace, forcing me to tuck back into the lane right in front of granny-pants – too close as far as I was concerned. Around town, too, the 300 just didn’t have enough to get me out of certain situations. And at this point I am a seasoned rider; I can only imagine what a n00b rider might be feeling if put in a similar circumstance.

So, my theory is this: Instead of buying a “entry-level” bike, the novice – or entirety inexperienced – rider should step up to something twice the size. While the new Rebel 500 may not be the badass café cruiser that Honda would like you to believe, it is however, light (408 lbs wet, 414 lbs if you opt for ABS) and nimble, with plenty of power on tap from the parallel-twin, brakes big enough to bring things to a halt in a hurry, and a seat height that 8-year-old Justin could have handled.

There are plenty of other options, too. Like the venerable Suzuki SV650, or the Yamaha FZ-07, both of which are priced about $1,000 more than the new Rebel 500 ($6,999 and $6,990 respectively) and are, if I’m being honest, a lot more motorcycle. But if the cruiser catches your eye, and the Red reputation rings loudly in your ears, the Rebel 500 is your huckleberry.

But this brings up another – and my final – point: Why must a “beginner bike” be such a short-lived love affair?

Why, after taking an MSF course and acquiring an endorsement, do people so often jump from their Rebel 250 – or whatever small-cc’d motorbike they’ve chosen – to something way more serious, way too soon? I’d venture to say there’s a correlation between Rebel ownership and the plethora of CBR 600s I see on Craigslist. The “OK, now I’ve got his” attitude. But again, I’ll save the rant. What I’m getting at is that your first bike doesn’t have to be a one-night stand.

And it won’t be if you buy the right thing from the start. Instead of buying your first bike (used or new) and then shortly thereafter upgrading, consider something in the middle. Sure, it’ll go faster than you're comfortable going at first, but you’re the one in control: right wrist, remember?

And maybe it’s a little heavier than that two-fiddy, but you’ll get used to it, trust me. Because if you love it from the start – modify, upgrade and make yours – the relationship will last. Just ask the guy selling his Rebel 250: “Got it used last year to learn how to ride. Now ready to move on to a bigger bike. Not sure what I want yet but we gotta make room in the garage.”