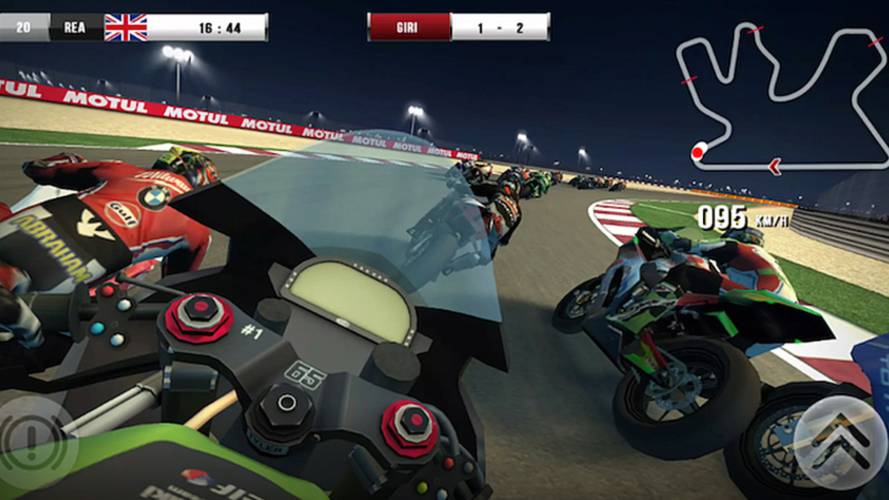 It’s incredibly difficult to make a motorcycle racing simulator that recreates the genuine feeling of piloting a bike. Even today’s best next-gen motorcycle racing titles like Ride 2 fail to capture the experience of going wheel to wheel on a motorbike. Virtual Reality rigs may be a key step in creating a more realistic and immersive motorcycle video game however, and one developer has stepped up to the challenge. Surprisingly it wasn’t Milestone – the developer behind the Ride and MotoGP video game franchises – but mobile game developer Digital Tales that jumped on the VR bandwagon first.

The game, called SBKVR, is objectively much less refined than next gen console or PC motorcycle games. However, the addition of VR not only makes for a fun activity on its own, but gives a sense as to how this technology could be applied to future next ten moto-games. VR gameplay for the mobile game is now available for Samsung Gear, Daydream, and the Oculus. It is shocking what a massive difference a first person view makes in terms of being immersive when compared to a third-person perspective.

READ MORE: IGN Staff Picks the Most Badass Motorcycles in Video Games Ever

SBKVR can also be played on a phone or tablet without VR, and the recent addition of a helmet cam offers a similar - albeit toned down - experience. The game is free to download – though you have to pay to use all the racers and tracks – and so far has been downloaded more than 30 million times on mobile devices worldwide. The mobile game allows WSBK fans to play as one of 24 riders from an international roster, and boasts 13 real-world tracks from the WSBK calendar. Motorcycles from any of the manufacturers competing in the WSBK Championship can be used as well. While capturing the sensation of piloting a 200hp racebike all out will probably never be fully captured for conveyed via a mobile device, this is a step in the right direction.

READ MORE: The Five Motorcycle Games that Inspired Me

DigitalTales has released several videos on their youtube channel showing off the new VR feature that give a good sense of what it’s like. Hopefully this feature pops up on future next-gen console games.