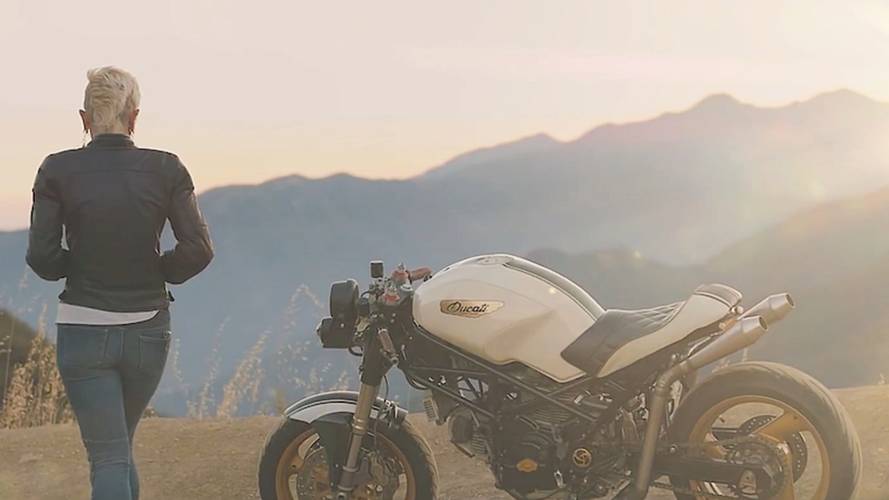 If you don't feel inspired to ride after watching this video you may need to check your pulse.

With the official start of summer just around the corner you probably don't need many reasons to get out and ride, but just in case you need a little more convincing, we thought we'd draw your attention to a series of videos being put out by our moto compatriots over at EatSleepRide.

The videos are part of ESR's Sync RIDE effort, which, quite honestly, is a thing we're not sure we understand except to say that it – whatever it is – will be taking place on 27 May. We're pretty sure we support it. Probably. Again, we're unclear on the details. What we do know, however, is that the videos being made in conjunction with the effort are incredible.

Sync RIDE sums up the series as: “Seven directors, seven riders and seven bikes on seven incredible roads, celebrating the value of motorcycling in our lives.”

The first instalment features Alicia Elfving, aka the Moto Lady, and her Ducati Monster 750. You will probably be familiar with Alicia, whose enthusiasm for riding and the people who ride has inspired countless folks to finally take up riding – including some of the people who have contributed to RideApart. In the video, her route takes the viewer across Southern California’s picturesque State Route 33 as it winds through Los Padres National Forest (located northwest of Los Angeles).

“My brain seems to move a thousand miles an hour, and the only time I’ve been able to slow it down is when I’m on a motorcycle,” she said. “The world’s much more quiet and peaceful inside a motorcycle helmet... All my anxieties go away.”

The Monster, she explains, came to her as a gift while working at Moto Corsa in Portland, Oregon. Alicia then spent three years learning the craft of customization and rebuilding, creating exactly the machine she wanted.