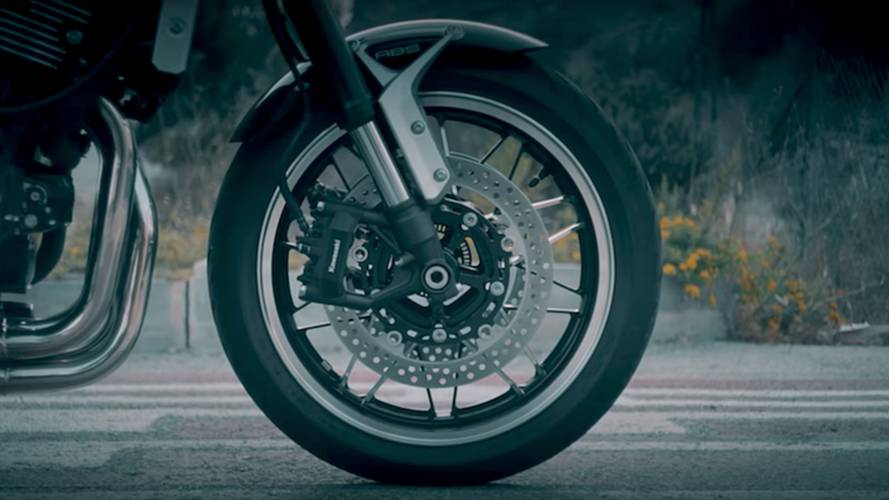 Kawasaki has released a second teaser video for its retro-styled Z900RS, this time giving a few more glimpses of what to expect when the bike is unveiled later this month.

The new half-minute video features more of a cameo from the RS, with the majority of the clip showing  some hipsters in the desert spliced with some footage of a generic modern alt band’s concert. This kind of promo video is easy to poke fun at, and the marketing techniques for this class of motorcycle are becoming increasingly cliche as they continue to be recycled again and again.

However, we can still glean some additional info on the upcoming model. First off, the new headlight can be seen pretty clearly. It appears the 900 will get an LED version of the traditional mono circular unit with accompanying micro LED indicators on either side. The exhaust on the Z900RS also gets a relatively decent amount of time on screen. While ever tightening Euro4 emissions regulations continue to result in bulky and unsightly pipes, the RS’s exhaust unit actually looks pretty snazzy. A few quick cuts also give a look at at least one of the color options the Z900RS will be offered in, and many will be happy to learn that Kawasaki has decided to use a retro paint scheme, furthering the modern model’s vintage heritage.

Lastly – and I’d argue most importantly – is the fact that the upcoming Z900RS’s appear to have fairly high-spec front brakes. As Visordown recently pointed out, they appear to be better than the brakes found on the Z900 upon which the Z900RS is based. Though this could be a one-off upgrade, it suggests Kawasaki has decided to build a bike with ’70s styling but modern performance, like a more widely accessible Japanese version of Magni’s MV Agusta Filo Rosso. In such a highly competitive genre of motorcycles, superior performance could be Kawasaki's way of separating itself from the rest of the hip two-wheelers in the class.

The official unveiling of the Z900RS is scheduled for the 25 October, at the Tokyo Motor Show.