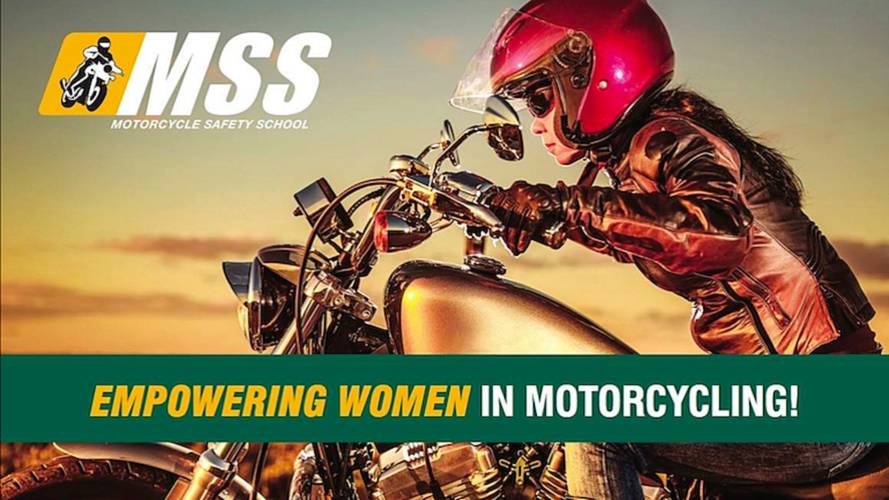 Brooklyn-Based Motorcycle Safety School is taking steps to raise the percentage of female riders, a number that’s already doubled since 2003.

New York's Motorcycle Safety School is empowering women to ride and slowly but surely increasing the number of female riders.

With domestic motorcycle sales remaining mostly stagnant, some see the answer being the largely untapped 50% of the population that the industry has never been particularly geared towards. (That's putting it delicately -Ed.) According to the Motorcycle Industry Council, 14 percent of bikes are now registered to women, and that percentage gets bigger every year. One person who has not only recognized this slight influx, but is taking advantage of it while simultaneously encouraging it, is Brooklyn resident and motorcycle enthusiast Diane Howells.

In 1999, Howells started the Motorcycle Safety School, and it has since grown to be one of the largest riding schools in all of New York state. One of the reasons for this is Howells’ ability to recognize what attracts people to riding and what prevents them from riding and do as much as possible to maximize the former and minimize the latter. MSS offers a myriad of courses ranging rookie courses for new riders with no experience, all the way up to advanced courses for highly experienced riders.

Most notably MSS offers a two-hour introductory course where anyone can show up with nothing more than appropriate footwear and gloves and be given a helmet, a motorcycle, an empty lot to practice in, and a patient seasoned instructor to coach them through it. This gets rid of any of the financial or time commitments involved in getting a license, a bike, or the necessary gear. The intro course is wildly effective because once you get the chance to actually experience riding a motorcycle – which is objectively fun – it’s unlikely that you won’t be hooked. Surprisingly the course uses Harleys – small Harleys, but Harleys nonetheless, though I imagine a lot of people are excited to ride one as they are the most popular marque in the US.

When MMS first started only one in twenty students attending were women. Howells began running promotions this October to attract more women such as half-off discounts for women on the introductory course, a women-only course – held offsite from MMS’s Brooklyn location at Lehman College – multiple weekends this month, and several other offers for ladies in MMS’s more advanced programs.

In the last decade alone, women have become a much bigger part in the motorcycle scene. Though they’re obviously still largely outnumbered by male riders, the percentage of female riders has continued to climb. In the last year I’ve interviewed Jaime Dempsey who hosts the TV show “Ride N Seek”, Dr. Laura Ellis who is the owner/operator of the Axcess Racing Team, and Alicia Elfving who has developed a successful career through her brand and social-media presence, all of whom are making women in motorcycling more mainstream. Even in the last couple of weeks Ana Carrasco became the first woman to win a world championship motorcycle race, which has the same effect, and popular events like “Babe’s Ride Out” draw more and more women to riding.

“We’re trying to empower women to ride out there with the guys," said MMS instructor Dana Marci. "It’s equal and fair game and women should be riding and be out there on the road with the rest of us. That’s how I genuinely feel. That’s why I brought my wife here. She graduated in April and she’s happily and safely riding amongst the rest of us right now.”

In addition to more people getting to experience the joy of motorcycling, an influx of female two-wheel enthusiasts genuinely has the possibility to breath some much needed new life back into the industry. This would mean more steady income for manufacturers, more funds for R&D, and ultimately better new offerings which is something we can all be happy about.

The Motorcycle Safety School’s Brooklyn location is at 704 Fountain Ave. in Spring Creek, for more info you can go to ridemss.com or call 718-599-1079.