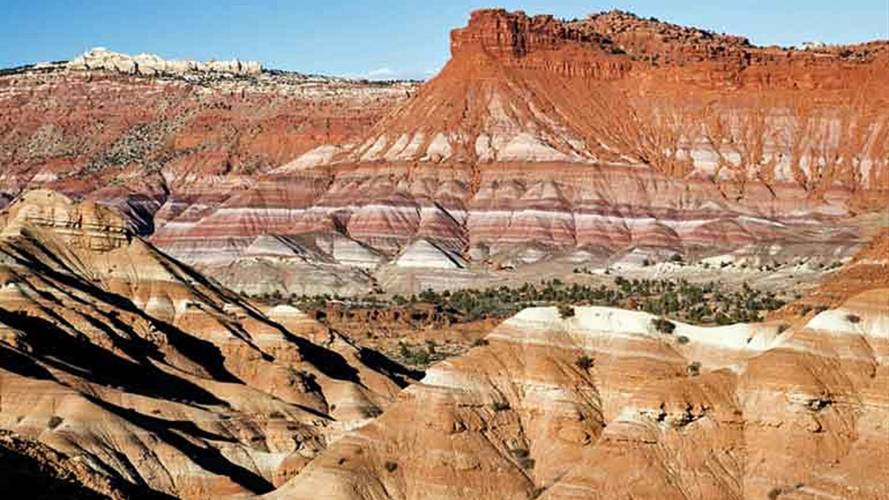 The AMA wants you to let your voice be heard. The public is being asked to weigh in on the National Monument and Antiquities Act during the review phase

The American Motorcyclist Association (AMA) has posted a position paper on the pending federal review of national monuments under consideration for redesignation by the Interior Department, which will begin accepting public comment May 12 on a list of monuments designated since 1996 by three presidents under the American Antiquities Act of 1906. The public comment period–the first ever for Antiquities Act consideration–is part of a federal review of all monuments of more than 100,000 acres made by presidents during the past 21 years. The review also will include designations where Interior Secretary Ryan Zinke determines that the designation was made without sufficient public outreach and coordination with stakeholders. The AMA text:

President Donald Trump ordered the review on April 26, giving Zinke 45 days to submit interim recommendations and 120 days to submit suggestions for legislation or recommend that the president reduce the size of monuments larger than 100,000 acres or rescind the designations altogether. The American Motorcyclist Association supports the review as a way to determine whether some monument designations included more land than necessary. The AMA also believes presidents should solicit input from the public before making such designations, even though the law does not require it.

“When government action at any level infringes on access to responsible motorized access on public lands, the AMA is going to stand for the rights of motorcyclists and all-terrain-vehicle riders,” said Wayne Allard, AMA vice president of government relations. “In this case, we want to ensure that America’s treasures are adequately protected, while maintaining access to nearby trails and roads.”

The Antiquities Act grants the president authority to designate national monuments to protect “historic landmarks, historic and prehistoric structures and other objects of historic or scientific interest” that are on federal lands. The law limits the size of the designations to “the smallest area compatible with proper care and management of the objects to be protected.”

Congress may override the presidential designations. But the legal power of a president to rescind monument designations is untested. At least one president has used his authority to resize monuments designated by a previous administration.

“Today’s action, initiating a formal public comment process finally gives a voice to local communities and states when it comes to Antiquities Act monument designations,” Zinke said in a press release. “There is no pre-determined outcome on any monument. I look forward to hearing from and engaging with local communities and stakeholders as this process continues.”

The National Monuments being initially reviewed are listed in the following areas:

The Department of the Interior seeks public comments related to: (1) Whether national monuments in addition to those listed above should be reviewed because they were designated or expanded after January 1, 1996 “without adequate public outreach and coordination with relevant stakeholders;” and (2) the application of factors (i) through (vii) set forth above to the listed national monuments or to other Presidential designations or expansions of designations meeting the criteria of the Executive Order. With respect to factor (vii), comments should address other factors the Secretary might consider for this review.