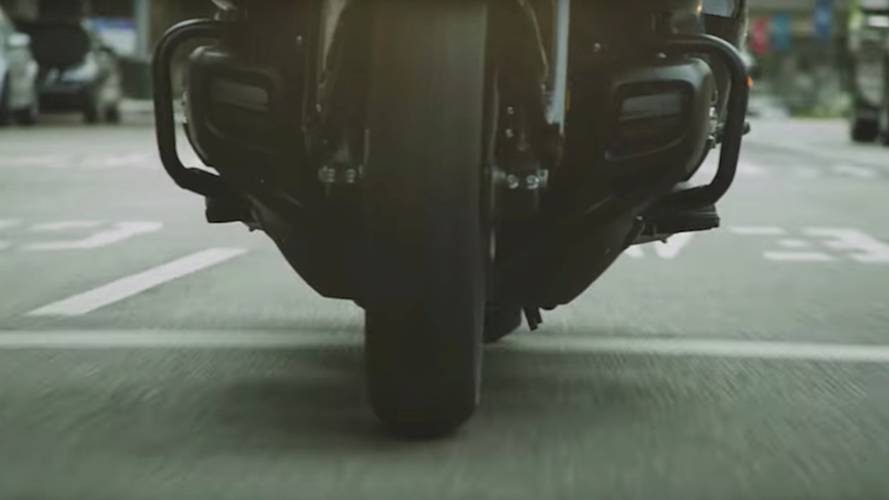 Honda's latest teaser video leaves no question as to the model being released later this month.

Just shy of a month ago Honda released the first of what it promised would be a series of videos leading up to the unveiling of a new model. Titled “Discover What Lies Beyond,” the video focused on traveling long distances and appeared to hint pretty strongly that the forthcoming model would be a new version of the Gold Wing – perhaps equipped with DCT technology.

In its latest teaser video, Honda removes any semblance of doubt as to what we’ll see on 24 October, spending just shy of 2 minutes celebrating the 43-year history of its flagship tourer and the culture that's built up around it.

I’m personally sticking to my prediction of a DCT-equipped F6B, though there’s not really much in this particular video to prove or disprove that theory. There are, however, loads of little gems worth noticing: the human flag at 0:22, the dude puffing a cigarette while riding at 0:38 (When was the last time you saw someone smoking in a commercial?), the nod to Geocities websites at 0:44, the Russians at 1:34 proving that it’s not just Americans who like to be ridiculous, and soooo many helmets with microphones.

Collectively these things help remind us of the model’s importance. Rather than a glimpse of what’s to come you get a cool look back at a motorcycle that truly has become a part of the motorcycling fabric – especially in the United States.

Honda has promised several more of these teaser videos and now has two weeks to deliver them before the new bike is revealed. (We’ll be there in person when it’s revealed to US journalists in Southern California) So, expect to see more very soon. In the meantime, feel free to sound off in the comments about what you’d like to see on the new model. What features do you feel are necessary to ensure the Gold Wing sticks around for another 43 years?