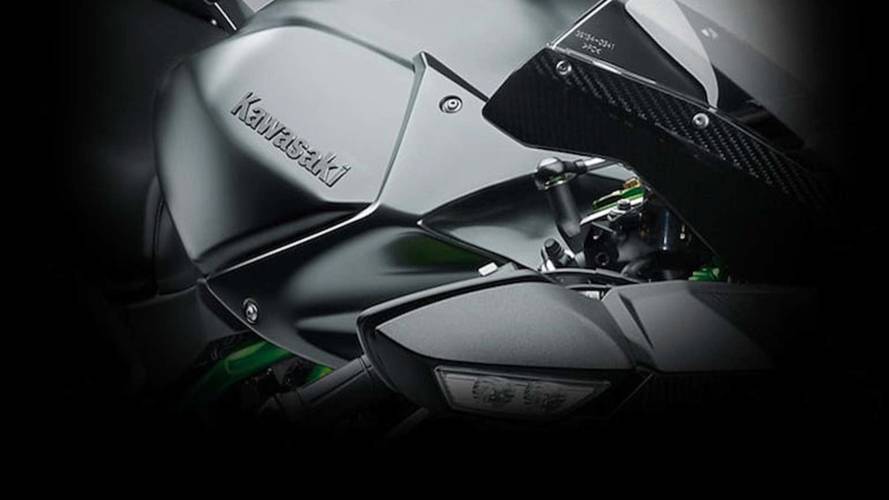 After the success of the H2 and H2R Mean Green has released its first teaser for an upcoming forced-induction motorcycle.

Kawasaki is teasing another supercharged motorcycle and this time it looks like the Japanese manufacturer is aiming to bring the technology to the masses.

Forced induction is nothing new to Team Green. Kawasaki's supercharged Ninja H2R – unveiled a few years ago – boasts more than 300hp and a top speed of roughly 250 mph. The forced-induction motorcycle is a track-only machine, however, making it somewhat exclusive technology. Kawasaki says the Ninja H2R was achieved through an enormous research and development endeavor, the point of which was not simply to produce a single model.

The company has long promised that the technology would trickle down more affordable production models. This video suggests that time has finally come.

Maybe.The video doesn’t reveal much. There's still no sense of what the bike will be or how much it will cost. Regardless of the price tag, we will almost certainly be getting another incredible machine.

It's unclear as to the displacement - or displacements - of the upcoming addition(s) to the lineup, but it's unlikely to be an entry-level size machine. My guess: it probably won’t be a 600cc supersport, either, due to the lack of sales in the class. So let's assume somewhere around the three-quarter to full-liter range will be what we see when the bike is unveiled at EICMA on 7 November.

(As always, RideApart will be there at EICMA in person – covering as much as we can of the huge moto show)

Some of the chatter surrounding the upcoming model suggests it will use a "smaller" engine, such as a 700 or 750, with the supercharger compensating for the bore. In theory that would create a machine that boasts the oomph of a liter bike with the cornering of something much lighter. This type of motorcycle could very well spark a modern version of the turbo arms race of the 1980s. If done well, this has the potential to deliver some exceptional machines.

With so many other manufacturers clamoring for a piece of the relatively small motorcycle sales pie in recent years, finding a way to stand out and rise above the competition is vital to the prolonged prosperity of a marque. A new blue-collar, everyday (wo)man’s supercharged motorcycle may be a damn good way of doing that.