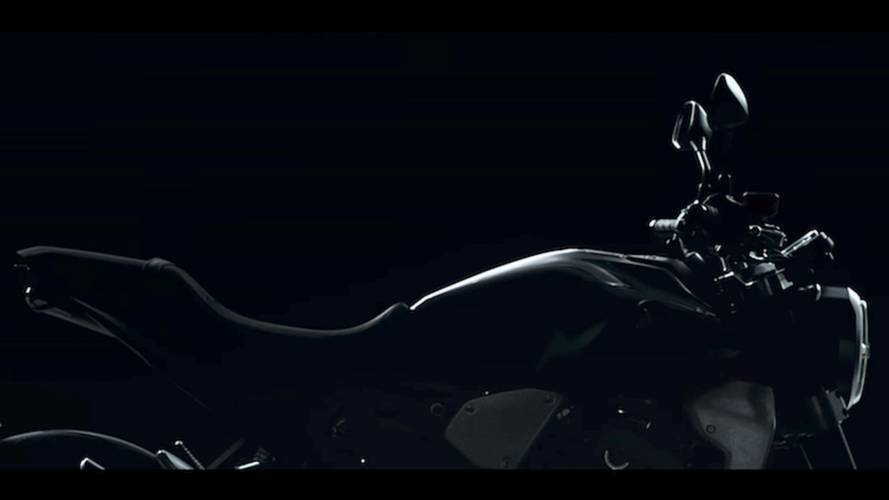 A second video from Honda has clues that make us think the Neo Sports Cafe project won't be just a project for long.

Honda has quietly released a second video teasing its mysterious Neo Sports Cafe project – this time giving us a silhouetted side glimpse of the machine that will officially be unveiled next month at EICMA.

The headlight and tank shown in the video remind me of a concept bike displayed at EICMA two years ago. At the 2015 show, Honda had gone to the trouble to put a number of concept bikes on display and asked attendees to vote on which were their favorites. The one that got my vote was the ultra-sexy CB4. Based on the the existing CB650F platform it was a futuristic naked with style. A neo sports cafe, if you will.

"Why does this have to be just a concept?" I posted on Instagram at the time "Why can't Honda make bikes that are actually this sexy?"

The Honda CB4 concept bike was displayed at EICMA 2015

It seems I wasn't the only one that felt that way. Presumably favorable public reaction has resulted in Honda pushing the bike from "concept" to "project." It's hard to know exactly what Honda means in its use of the word "project," except to say we're unlikely to see this Neo Sports Cafe hitting dealerships in time for Christmas. But it seems likely we will eventually see it in production. The last Honda "project" I can remember was the True Adventure bike – also unveiled at EICMA – back in 2014. A year later, that bike became the outrageously successful Africa Twin. Perhaps Honda is hoping lightning will strike twice with its projects.

Supporting my theory that the NSC is a CB4 targeted for production is the fact the latest video also shows us that the forthcoming project bike is an inline four, and the bike appears to share the same seat and mirrors as the existing CB650F model.

Of course, some of that evidence would also support many folks' belief that the NSC will, in fact, be an ultra sexy version of the CB1000R – also an inline four, and also using similar mirrors. But note how the CB1000R's seat is a little more angular than the one seen in the video. Whereas the CB650F's seat looks to be the same.

Obviously I'm grasping at tiny, flimsy straws in all of this. But I think it's noteworthy that Honda is apparently using existing stock parts for its NSC project. To me, that suggests it won't be a project for long. By comparison, the True Adventure project bike did not even have mirrors. We probably won't get any clues about production when the bike is unveiled on 6 November, but we will at least get to see if Honda has managed to get it right in terms of styling. I'm hopeful; bikes like the CB1100RS (unveiled at last year's Intermot show) have demonstrated Honda's ability to do sexy when it puts its mind to it.