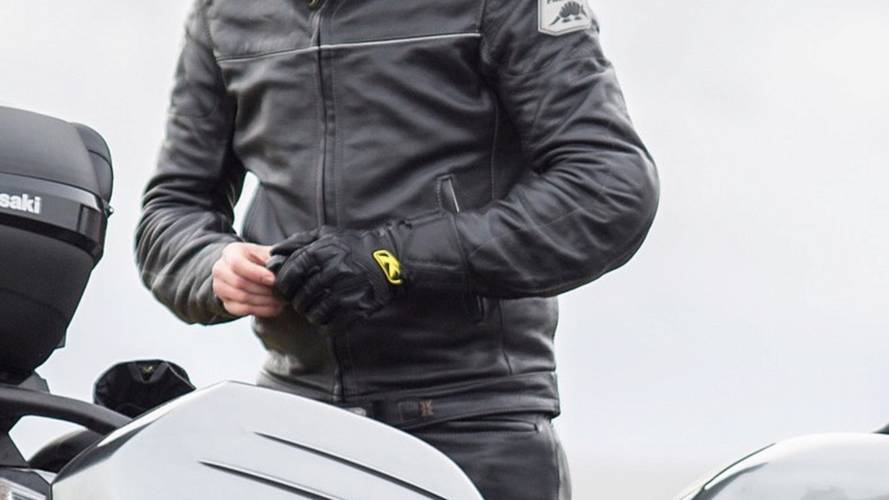 Paired with a set of Klim glove liners, the Klim Adventure waterproof glove may be the only mitt you need – year round.

When I was 13 years old, living in Minnesota, I fell through the ice while out fishing with a friend. Ever since then I’ve suffered from hands that are particularly cold sensitive, and finding mitts that allow me to ride comfortably through autumn, winter, and spring is one of my greatest motorcycling challenges.

Truth is, without the addition of heated grips and frequent stops for hot tea, no pair of gloves can actually meet my demands when the temperature drops. But I live in hope that out there – somewhere – a pair of gloves exists that might come close.

I thought I might have found such a pair a few years ago, when I forked over an iniquitous amount of hard-earned dosh for a pair of Klim Calderas. These were a Gore-Tex-lined, titanium-knuckled affair that looked fit for the task of picking up spent plutonium rods, with the added benefit of being downright comfy and allowing a reasonable amount of feel at the controls. Less than a month after buying them, however, I “donated” them to someone else by leaving them on my bike’s seat for a few days at an airport.

By the time I managed to build up the funds to replace them, they had been discontinued. So, I got in touch with Klim to ask which of its existing products was the best alternative. Very kindly, the people at Klim offered to send me a pair of Adventure gloves along with three pairs of liners in varying thickness: the aptly named Liner 1.0, Liner 2.0, and Liner 3.0.

These are pretty cool-looking gloves. I’m not a big fan of gloves with lots of color or “modern” designs, so I went with all black. The large yellow “K” on the back of the hand is tasteful, and, of course, the mark of a well-respected brand. In cut and design, the Klim Adventure look like the sort of thing that would be worn by Batman. You’ll find yourself occasionally doing a slow clench of your fist as you think of how best to avenge your murdered parents. Or, you know, you’ll feel pretty awesome when riding to Starbucks – whatever.

Although they are ostensibly for adventure riding, I find these gauntlets don’t stick out when worn with other styles of clothing. They match well with my two-piece leather touring suit and my Aerostich Roadcrafter R3, as well as the more stylish leather-jacket-and-jeans look. As far as that last look is concerned, the gauntlet part of the glove isn’t too bulky and will fit under the sleeve of many jackets.

I typically wear a 9.5 glove, which Klim’s sizing chart says is a Large. That was also the size I wore in my long-lost Calderas. But Klim’s sizing seems to have changed. I should have asked for XL. The gloves fit – snugly – but with little room for all but the thinnest of the liners. Which is a shame, because the liners are awesome.

The glove itself has a light, non-removable polyester lining that makes it relatively easy to slip on, as well as a Gore-Tex insert between the lining and the leather shell. There is no ventilation, so you might find these a bit sweaty in warm-weather riding. I never have – I wore these in North Carolina on a day when the temperature hit 97F (36C). But see above regarding my freakishly cold-sensitive hands.

A Velcro strap across the inside of the wrist helps keep the hand firmly in the glove. The good fit is reinforced with a large Velcro strap at the end of the gauntlet. That large strap is far more effective than similar set-ups I’ve seen on competing products, helping to set the fabric flush against the arm. Without an additional liner, the glove is comfortable. That remains the case when using the thin Liner 1.0, but the feeling is restrictive when attempting to use the Liner 2.0 liner, and the Liner 3.0 simply does not fit.

With the 1.0 liner in, I’m able to tolerate temps down to 14C (57F) before needing to click on my heated grips. The 2.0 liners are comfortable and durable. Made with Polartec material, they feature a touchscreen sensitive forefinger and thumb on each hand. Mine were stolen by photographer Meaghan on a particular cold day in Dartmoor National Park. I’ve managed to hold on to my windproof 3.0 liners and use them as everyday gloves in the winter.

Dexterity is good. I’m able to operate all the switches, buttons, snaps, zips, and bits of my bike, helmet, and riding gear without any problems while wearing them (the only exception coming when I attempt to operate my TomTom Rider, but I place the blame squarely on TomTom for that). I find them to be all-day, multi-day comfortable without any pinching or rubbing. Part of the reason for this is the fact the gloves don’t have any hard armor – it’s just light padding across the fingers, knuckles, palm, and wrist.

Lack of hard armor probably means the gloves aren’t ideal for trackday use, but I’m fully confident in their ability to protect my flesh in all road (and off-road) situations.

One of my favorite little features are the loops at the top of the gauntlets that make these gloves easy to pull on. Another simple bonus is the fact the gloves have a snap, so you can make sure they don’t get separated from one another. I will never understand why so many motorcycle glove makers leave this feature out – it makes life so much easier. You can clip your gloves together, then hang them from a belt or the like when at stops. Also, the left index finger has a little wiper blade to help get water off your visor.

My least favorite aspect of the gloves, meanwhile, is the fact the liner will pull out when your hands get sweaty/damp. My advice is to always carry a chopstick to push the liner back into the fingers when at stops. If you don’t have one (or some other similarly long, stick-like thing) you will inevitably find yourself throwing a tantrum at a gas station because of the rage of not being able to put them back on.

I’ve had these gloves for roughly a year now, wearing them in all kinds of bad weather, which in Britain means A LOT of rain. So far, they’ve never let me down in terms of waterproofing. The leather of the glove takes on moisture, sometimes failing to dry completely overnight, but the Gore-Tex lining always manages to keep that moisture off from my hands. That said, wet gloves are by nature colder gloves

I’ll admit I don’t really love these gloves as intensely as I did my old Calderas, but that doesn’t stop me from wearing them All. The. Time. I’ve put more than 30,000 miles on them and they’re still in great condition – only a little bit of color fading in the palms, and no loose stitching to be found. My Klim Adventure gloves are my go-too mitts in most situations. On the occasion I’m not wearing them, I can guarantee they are sitting in my backpack or pannier waiting to be deployed at the first sign of foul weather.

Yeah, I’m not hot on the fact they’re made in China, but Klim is, at least, a US-based company. And a good product is a good product. In this case, it’s a damned good product. Sometimes that matters more than country of origin.

Klim gear has a reputation for being expensive but I really can’t criticize the price tag when I’ve gotten – and am continuing to get – so many miles and months of use out of these things. I’d suggest ordering a size larger than usual, but beyond that I’m happy to say the Klim Adventure gloves are worth the money.