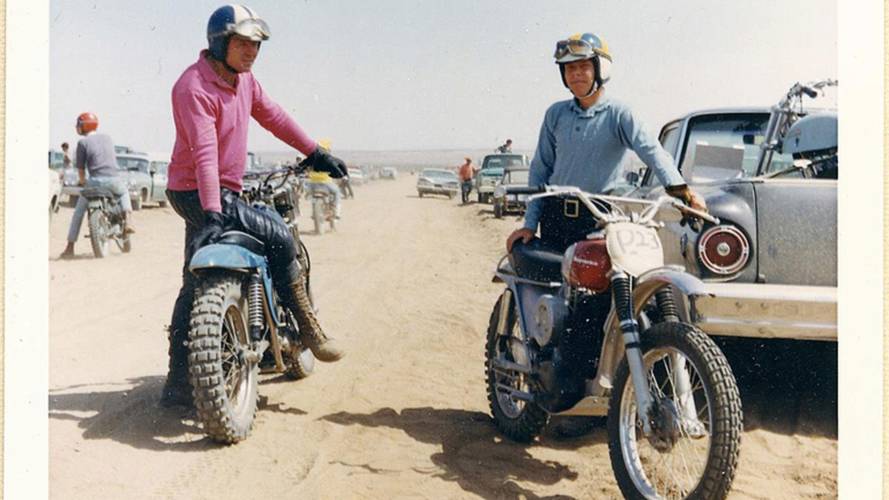 Moto journalist Kenneth Olausson has a story to tell you, and it's a doozy.

Ah, the 60s. When men were men, racing was racing, and a punk kid from Sweden with just a camera and some cash in his pocket could fly to America to see the Indy 500 but end up thrashing Husky dirt bikes through the great Mojave. Sounds pretty great, right? Over at Husqvarna, an old-school rider/photographer/journalist with a kink for motocross is writing articles that read like the oldest, crustiest biker you know sitting in a corner at the bar and telling lies about the good old days. Thing is, with Kenneth Olausson, it's all true. To whet your whistle, here's an excerpt from his latest piece about bombing around the Mojave:

"Twisting the night away dancing salsa or samba was never my kind of thing. No, I'd rather be doing it dirty in the dunes - preferably on a Husky-engined bike. Come with me back to 1967 and follow me through the desert - just 18-years-old and newly-graduated, I came Stateside to dance around in the Mojave. Surfers and blondes, step aside!

Early May, after graduating from high school, it was party time. I was out for an adventure and planned to start the following morning – a trip to the US Indy 500. But first, I had a few drinks and ended up in Hotel Foresta, outside Stockholm city. As it turned out, the Beach Boys were on tour in my home-town and we hit the very same bar in the wee hours of the night. Talking to Brian and Dennis Wilson, the subject soon got onto cars - a favourite topic. I proudly told them that I would drive a Shelby-Mustang press car for three weeks in California, but they were unimpressed.

"It's a slow car”, they said unanimously, “we prefer the Shelby sports car, which is a lot faster".

True, but then I did drive the supercharged version, which produced an awesome 450 horsepower, more than enough power for a poor graduate. After Dennis signed my college cap, we parted ways and they wished me good luck on my Surfin' Safari."