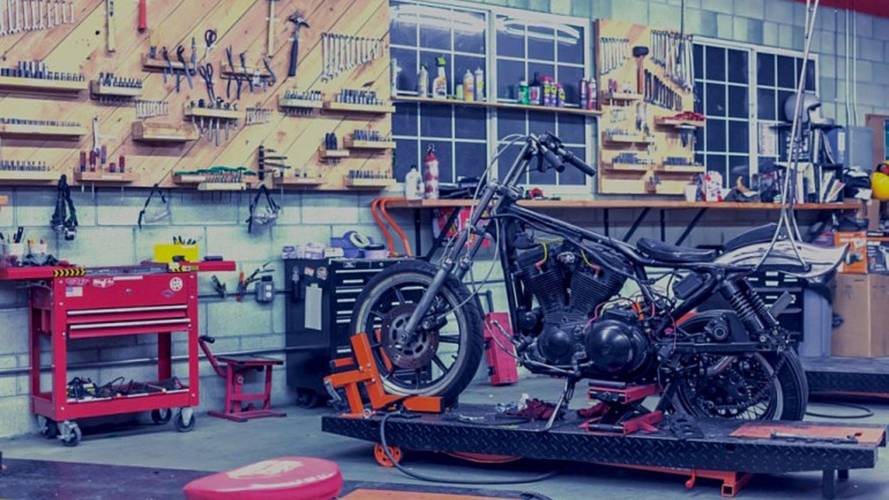 The lowdown on the new Vancouver Motorcycle Collective.

Learning to work on motorcycles is a slow, often stop-and-go process of picking up both the tools and skills required to wrench on a bike without ruining it. One of the largest hurdles for many budding bike mechanics, especially those in dense urban areas, is finding a physical space to work. Recognizing the demand for a community motorcycle garage, an established Vancouver shop just opened a separate, shared DIY space for those looking to work on bikes, learn, or just hang out with like minded people.

Rising Sun Motorcycles, a Vancouver, British Columbia-based full-service motorcycle shop, was founded in 2010 and now boasts multiple locations as well as mobile moto-services. A little over seven years after Rising Sun’s inception, owner Samson Lang became increasingly aware of the need for a community garage in his city. So he decided to remedy that situation, and the Vancouver Motorcycle Collective was founded. The shop is housed in a 1,500-square-foot garage space in a wing of a larger property already occupied by Rising Sun’s East Van location.

"The real focus is sort of on the education and then providing anything that anyone could possibly need to do their own work," Lang told the CBC. Lang is far from exaggerating, the space has just about every tool you could ever need while wrenching on a bike, as well as four hydraulic lifts and a generous amount of parts and accessories. The collective also offers an educational training program which is included in annual or semi-annual membership that consists of an online motorcycle technician training program, access to countless service/repair manuals, and of course hands-on courses at the shop.

Because shared knowledge is an important part of the collective’s ethos, all skill levels are welcome. Creating a friendly, non-intimidating learning environment is another one of the shop’s aims.

”We get some people that have never done anything, and then we get other people who are quite experienced,” explained Lang.

According to the DIY spot’s owner, the majority of those interested in learning are females, a trend not limited to the Van Moto Collective.

"The female demographic of the motorcycle industry in general is definitely the fastest growing segment,” stated Lang.