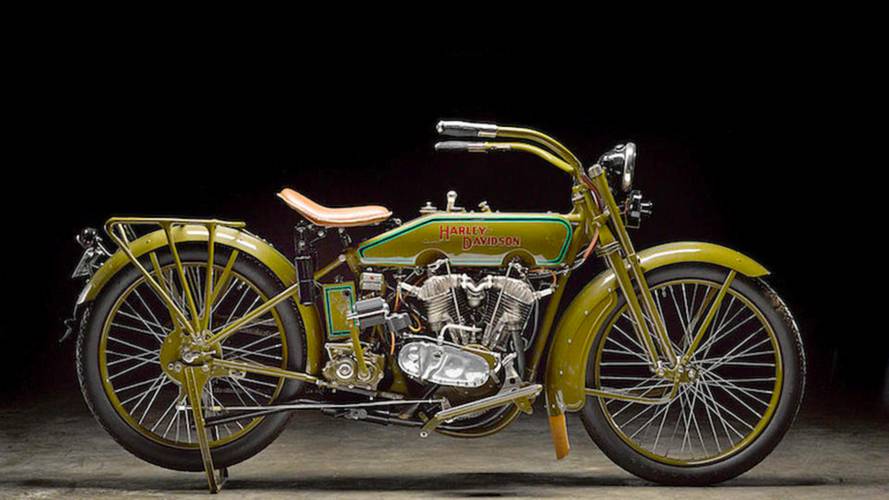 Some very special antique American motorcycles from long-gone companies like Pope are up for auction at this year's Bonhams Auction in Las Vegas, Nevada

Every year, at the tail end of the month of January, Las Vegas hosts the world’s two largest motorcycle auctions – the famous Mecum and Bonhams sales. Several thousand rare machines take their turn on the block during these auctions, and some go for truly eye-wateringly high prices. Though there are bikes from every genre and every era, some of the most noteworthy – and valuable – machines being sold at the 2018 Bonhams auction are the classic pre-WW2 Americans.

The sale gets under way January 25 at the Rio Hotel & Casino in Las Vegas, and marks the eighth consecutive year of the prestigious sale. Some of the most highly anticipated bikes include several examples previously owned by Steve McQueen, a myriad of early Indians from the Jim Jalbert collection, and some all-original Vincents, Popes, Excelsiors, Harleys, and Flying Merkels. The auction also includes dozens of pieces of rare memorabilia and collectibles, including everything from old-race gear worn by legendary riders to original Von Dutch illustrations.

Registration for the event costs $100, but that’s chump change when bidding on two-wheelers that are comparable in price to the median value of a home in the US ($188,900). Even if you don’t have any disposable income to throw at the rare motorcycles being auctioned off, you can still attend the event full of of incredible machines that could give the bikes at the Quail Gathering a good run for their money.

The auction’s website also includes high-resolution photos and detailed histories and descriptions of the majestic scoots being sold. No matter what kind of bikes you’re into, there’s likely something you’ll thoroughly dig for auction this year. To view all of the 192 lots for this year’s event click here.