Harley-Davidson to Close Down Kansas Plant Despite Pleas from Congress 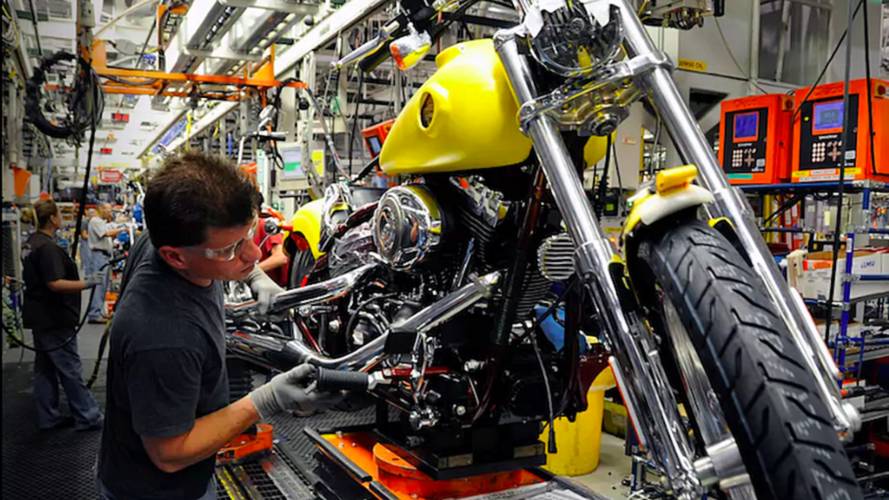 “Ultimately, this initiative is about reducing excess (plant) capacity,” says Harley. The fate of the Kansas manufacturing plant seems all but sealed.

US Senators and Congressman’s last-ditch-effort to keep H-D’s Kansas plant open, to no avail

Over the last year or so we’ve reported on Harley-Davidson’s less-than-stellar sales and growth, though prior coverage doesn’t feel as heavy as the reports that came out this past week in which Harley-Davidson has officially stated that it will be following-through on its intentions to shutdown its current Kansas City plant, despite local US Senators and Congressman urging the marque not to.

With around 800 jobs at stake, Harley’s decision to close its Kansas City vehicle and powertrains operation plant is one that will have a profound impact on a lot of lives. In something of a last ditch effort to get the suits at H-D to reconsider, a letter was sent to Harley CEO, Matt Levatich, reminding the Milwaukee-based outfit of the countless incentives, tax-breaks, and perks it was given when it agreed to setup shop in the state in 1996, a choice Harley made after the Midwestern City’s offer beat out that from 30 other cities from across the US.

“It came with a considerable incentive package from the city, Platte County and the state of Missouri,” read the letter from the bipartisan group of lawmakers, continuing, “Over that time, the company has become an important part of the community and has grown to be one of the largest manufacturers in the Kansas City region." This is in reference to the fact Harley was offered an incentive package worth well over $6-million when it first moved to Kansas City, followed by subsidies that ballooned to tens of millions of dollars in savings for H-D over time.

Michael Pflughoeft, Harley’s spokesman responded to the politicians’ pleas, explaining the choice was based on “market conditions”. Pflughoeft released a statement reading, “Ultimately, this initiative is about reducing excess (plant) capacity. Our Kansas City workforce has done a tremendous job producing quality motorcycles and serving our customers. And we have always appreciated the support of our Kansas City community.” However Pflughoeft did make it abundantly clear that the choice was made and would not be reversed, regardless of what unions or congressional delegation has to say. "If there was, we would have reached out to discuss options," Pflughoeft said.

Reportedly many of the Kansas City plant workers have been with the company since the facility first opened its doors some two-decades ago. “I came from a small town where I actually slaughtered hogs (real ones). And in my job interview with Harley, I told them I wanted to build Hogs. I had that American dream, to work for the great American company,” said Tim Primeaux, an employee at the Kansas plant for 17-years. Primeaux also explained how this is more than just a job, and how most of Harley’s factory workers are passionate about their positions, and for many the occupation is a lifelong goal or dream.

Luckily Unions are stepping up and trying to put some pressure on Harley to keep the Kansas plant’s doors open, even though the manufacturer has already stated these efforts are seemingly in vain. "I’m sick of seeing our jobs disappear or turn into part-time work. I am employing every resource necessary to assist Kansas City and our membership," said Robert Martinez Jr., president of the Association of Machinists and Aerospace Workers, which represents workers at the Kansas City plant.

As unfortunate as the current situation is, this clearly wasn’t an easy decision for Harley, and it was only made after the company’s hand was somewhat forced by increasingly poor sales numbers. Plain and simple; the business made an executive business decision. For the last four years, the moco has experienced steadily declining sales, even with some growth overseas, the decline in the US market—Harley's biggest market by far—was too much to overcome. According to Harley; net income plummeted by more than 80-percent in the fiscal fourth quarter of 2017 down to $8.3M when compared to the prior year. Exacerbating the situation was the company’s earnings which were down by 5-cents from 27-cents a year earlier. Harley’s worldwide sales in 2017 were also down by 6.7-percent compared to the 2016 year, while domestic sales also dropped by 8.5-percent.

The closure of the Kansas City plant is part of Harley’s efforts to establish more cost efficient production in the future. Over the next two-years Harley-Davidson is aiming to restructure and consolidate costs by somewhere between $170-200M, with a projected annual cash savings of $65-75M after 2020. "The decision to consolidate our final assembly plants was made after very careful consideration of our manufacturing footprint and the appropriate capacity given the current business environment. Our Kansas City assembly operations will leave a legacy of safety, quality, collaboration and manufacturing leadership," Levatich said in late January 2018 after the company announced it would be closing down its Kansas plant in 2019.

The work previously done at the Kansas City plant—which reportedly built many of the brand’s best-selling models such as its Softail line—will be moved to the American marque’s York, Pennsylvania plant, a move that is expected to create some 400 jobs in the Pennsylvania town. The closure doesn’t appear to have any effect on Harley’s existing Menomonee Falls or Tomahawk, Wisconsin plants which collectively employ around 1,300 people. There is also no word on whether or not any of the 400 positions opening in York will be reserved for, or offered to workers shipped up from the Kansas City plant after it officially closes its doors in 2019.