The Isle of Man TT is Coming to Your Game Room 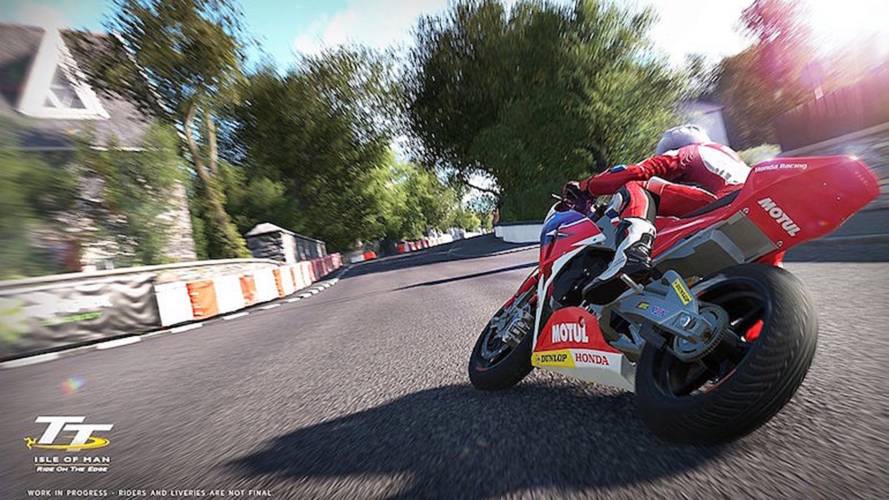 Bigben has officially partnered with the iconic race to deliver what it hopes will be a motorcycle game true TT fans will thoroughly appreciate.

Bigben Interactive’s ‘TT Isle of Man: Ride on the Edge’ drops in March, will it be worth the wait?

Milan-based Milestone S.R.I. has firmly established itself as the leading developer of motorcycle video games, but France's Bigben Interactive hopes to dethrone the Italian dev with the release of its long-awaited and highly anticipated ‘TT Isle of Man: Ride on the Edge’. To bring the TT to our living rooms and game rooms, Bigben has officially partnered with the iconic race to deliver what it hopes will be a game true TT fans will thoroughly appreciate.

Back in April of 2016, the Isle of Man government and organizers of the TT announced they would officially partner with Bigben to assist in developing the multi-platform title. The French devs said the game was poised for a 2017 release, but quickly learned that recreating close to 40 miles of a detailed map that requires incredibly fast rendering is really difficult and time consuming. So, as occasionally happens, the game's release date was pushed back until the devs could get the game juuuuuuuuuuuuuuuuuust right. That time has finally arrived.

While the gameplay and realism in Milestone’s newest ‘Ride’ and ‘MotoGP’ titles are getting better and better – with bikes feeling increasingly planted and the physics more lifelike than ever before – no dev is more guilty of churning out a half-assed, overly arcade-like modern motorcycle game than Bigben Interactive. In 2015 the French company released ‘Motorcycle Club’ and though the game did feature a pretty nifty array of cool bikes to chose from, it had a feel not far off from ‘Cruis’n USA’ (Hey! HEY! Cruis'n USA was a great game. Damn kids -JM) or an early iPhone game. The game was largely panned and earned a MetaCritic (Metascore) score of 26 (and a User Score of 2.1). In an effort to step its game up and avoid yet another embarrassing MetaCritic score, Bigben partnered with Kylotonn Games, the producers of 2015’s WRC 5, in the development of the TT game.

Emulating the performance of a motorcycle via a video game is an incredibly tall order. We’ve come a long way since the days of ExciteBike, but nonetheless the general lack of popularity – in comparison to cars – hasn’t driven the market to deliver refined two-wheeler sims like it has with car racing sims. All too often motorcycle video games employ an arcade-style simulation that boasts performance more like a car than bike, leaving bike racing enthusiasts wanting.

Back in Summer of 2017, Bigben teasing gameplay and features the upcoming title will offer. Since then, the company has given a select number of gamers and race fans the chance to try the title at various motorcycle and video game trade shows, including last year’s Isle of Man TT. One of those select few was Bonnie Class, a Youtuber focused on Motorsport gaming. Class got the chance to test the upcoming TT game, an experience he recorded and posted to his channel.

CHECK OUT: Harley-Davidson Teams with Ubisoft for The Crew 2

There are some admittedly impressive elements in Class’s video of Bigben’s TT game, but the footage also confirms some of the concerns I’d had based on its track record with its last motorcycle game. The company blatantly put far, far more effort into ‘Ride on the Edge’ than it did ‘Motorcycle Club’, but the video still indicates what looks like arcade-style physics in what’s supposed to be a realistic sim. The gameplay’s graphics aren’t necessarily bad, but based on what developers are capable of today in massive open-world games, nothing I saw was that impressive.

The footage also appears to show some less-than-natural-looking rider-movement, not to mention rag-doll-physics crashes. The bikes are meh and the engine sounds really seem to be lacking, though that’s a frequent issue in racing sims. The poor recording quality of Class's Youtube videos of the gameplay probably had a profoundly negative effect on the audio quality. The actual map itself does look pretty great, and while I’ve never been to the island, Bigben’s scale recreation of the course looks pretty damn good – especially when flying past scenery in 6th gear using the cockpit/helmet view.

Ultimately I didn’t have very high expectations for ‘Ride on the Edge’. Playing the actual game will be the only way to truly determine how well Bigben did – or didn’t – do. The feeling the sim provides and the responsiveness of the controls will all play vital roles in the game’s overall quality. I genuinely want the game to be good, and will likely purchase a copy. I also think a video game is a clever way of attracting a younger generation of fans to the TT, hence the Isle of Man's initial interest in agreeing to the partnership with Bigben.

CHECK OUT: Indian and Activision Team Up to Offer Scout 741B Army Replica

For years now, bike and gaming enthusiasts have been asking for a good Isle of Man TT simulator. In 2005 Jester Interactive released ’Suzuki TT Superbikes’, a PS2 game featuring the entire 37.73 mile course and more than 50 bikes. The game was actually pretty solid for its time, though next-gen gaming is extremely competitive, prompting constant advancement in an industry where big releases routinely net more than Hollywood Summer blockbusters.

Another crucial component of any game is the “fun factor”. While I personally like my racing sims to be as realistic as possible, if a game is genuinely fun, I’ll happily play it. Road Rash is one of my all-time favorite video game franchises because it’s fun, not because of fancy physics or a high polygon-count. So in that same vein, I’m open to ‘Ride on the Edge’ simply being a fun game, but time will tell.

I plan on reviewing the full title upon its release in March - or sooner if Bigben sends me the early copy I requested. Bigben Interactive’s ‘TT Isle of Man: Ride on the Edge’ video game is scheduled for a March, 6th, 2018 release on Xbox One, PS4, and PC, with pre-orders currently being taken with an MSRP of around $50-60.