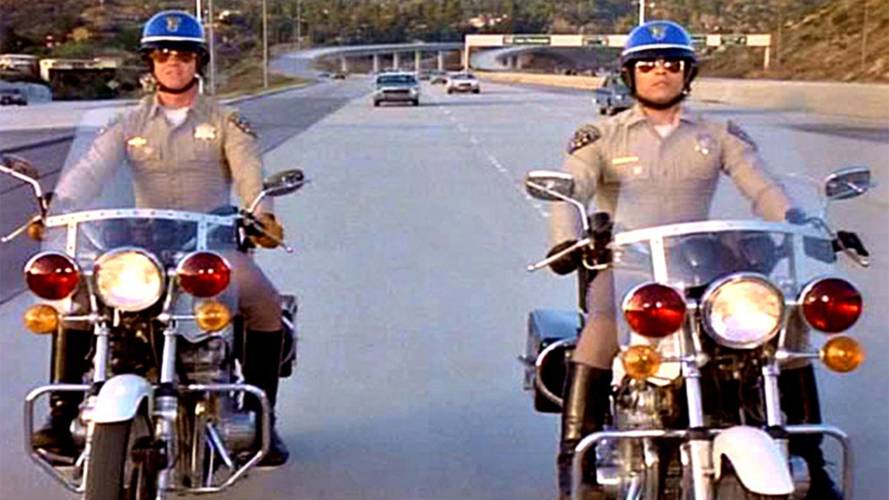 There's no room for stunting on California highways as police launch new program to take control of streets where dangerous riding has gained notoriety.

If you listen to the news, America's big city freeways have turned into some kind of Mad Max/Torque (remember Torque? With Ice Cube?) mashup where young hooligans on fast motorcycles swarm around old ladies in Corollas and scare the bloomers off them with wheelies and stoppies. Not even the cops are safe from this motorized terror. Recently a patrolling CHP officer was surrounded by a pack of riders who stunted around the patrol car for a while, broke off one of the wing mirrors, and fled. Can anyone stop these madmen? Won't someone think of the Corollas? The CHP can, and they will. See, the men and women of the California Highway Patrol have decided that enough is enough, and the agency recently rolled out an aggressive anti-reckless riding program to tamp down on stuntas and their hopped-up Gixxers.

According to KGTV, the CHP is initiating something called "saturation enforcement" in an attempt to curb aggressive (ie stupid and dangerous) riding in Southern California. During the run of this new enforcement scheme, the CHiPS will be on the lookout for riders doing wheelies, mobbing roads, interfering with traffic, and blocking intersections. Just this past weekend, CHP teamed up with both the San Diego and Chula Vista police to break up an alleged gathering of, in the CHP's words, "hundreds" of riders. The multi-agency bust wrote up 99 citations, issued 25 verbal warnings, impounded 17 bikes, and arrested four dangerous scofflaws.

"It's dangerous; for everyone on the highway, not just riders but citizens and officers out there," CHP Officer Jake Sanchez told KGTV.

Larry Cerrito, a member of a surfing riders group called the High Tide Riders said that he was happy with the crackdown, and is looking forward to safer rides in the future.

"Absolutely in favor of a crackdown; the more people get hurt, the bad rap motorcyclists get, it is hard," Ceritto said. "A lot of people look at you on your bike with leather jacket and helmet, think you might be someone who might question the law.  We try to obey the rules while we ride and be safe."

Increased safety for responsible riders is definitely a good thing, and we agree with Ceritto that stuntas give motorcycling in general a bad name, but is extra police scrutiny on motorcyclists a good thing? Who gets to say what "reckless riding" entails? Will this keep us safer, or is it just another excuse for cops to hassle innocent riders? It's hard to say, but ultimately fewer stuntas mucking things up for the rest of us has to be a positive.