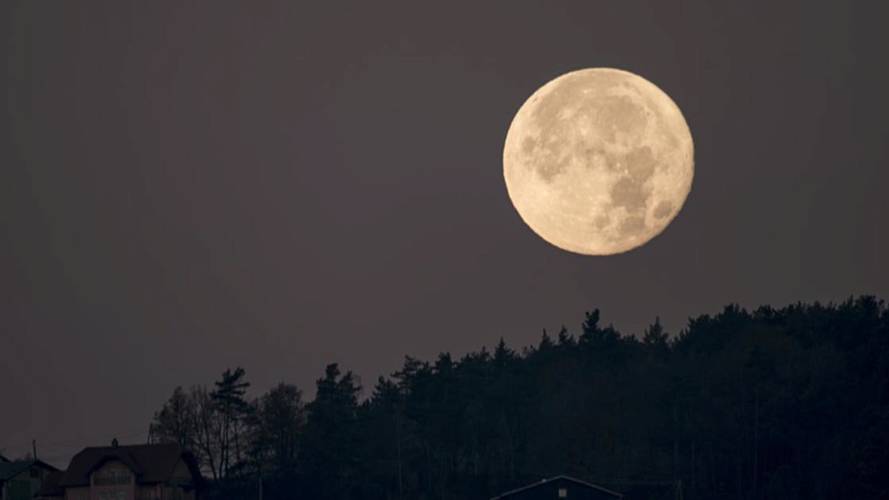 A Canadian study found that the full moon is linked to an increase in motorcycle fatalities. Seriously.

There’s a bad moon on the rise…"

(Huh, I always thought that song was about bathrooms - JM)

Maybe John Fogarty had it right. A Canadian research study published in the British Medical Journal recently found that "distracted drivers, like those who text behind the wheel, are a danger to themselves and to others. Even a brief, momentary glance away from the road can result in life-threatening consequences."

Any rider and most drivers will testify to that, but the research identifies one fatal attraction for motorists that shows up 12 times a year – the full moon.

READ MORE: Study: Drivers Confident They Can Text and Drive

“The researchers found that on nights illuminated by a full moon, fatal motorcycle accidents increased by 5 percent compared to nights without a full moon," the report stated. "On evenings when the supermoon decorated the sky, this increased to 32 percent. The study included data from the United States, the United Kingdom, Canada, and Australia. While this observational data cannot prove any firm conclusions, the researchers warn drivers of the risks of seemingly minor distractions, urging constant attention while driving at all times.”

“Drivers face a number of distractions behind the wheel — from texting, to phone calls to road obstructions and more,” said study co-author Eldar Shafir, Professor in Behavioral Science and Public Policy and professor of psychology and public affairs at the Woodrow Wilson School of Public and International Affairs. “Our study adds to the literature that small distractions can sometimes lead to life-altering consequences.”

“Glancing at the full moon takes the motorcyclist’s gaze off the road, which could result in a loss of control,” said the study’s lead author Donald Redelmeier, professor in the Department of Medicine at the University of Toronto. “The average ride on a motorcycle is more dangerous than a drunk driver with no seatbelt traveling the same distance. Because of this, we recommend riders and drivers orient their attention, ignore distractions, and continuously monitor their dynamic surroundings.”

Redelmeier and Shafir hypothesized that people’s attention may be naturally drawn to a full moon, thereby potentially contributing to fatal motorcycle crashes. To test this, they analyzed data from the official United States registry of motor vehicle crashes from 1975 to 2014, during which time 494 full moons and 65 supermoons appeared. They calculated the number of fatal crashes on full moon nights compared to nights with a quarter moon (one week before and after the full moon).

Overall, there was a total increase of 226 additional fatal crashes on nights with a full moon during the entire study period.

“While these figures might seem low on the surface, they are quite significant,” Redelmeier said. “All of these deaths could have been prevented completely by small differences in behavior.”

The typical motorcyclist was a middle-aged man riding a street bike with a large engine in a rural location, who experienced a head-on front impact. Less than half were wearing a helmet. Seventy-three percent of the crashes occurred during the hours before midnight, and 27 percent occurred during the hours after midnight. The researchers repeated their analyses in the United Kingdom, Canada, and Australia, and found similar results.

The researchers highlight the limitations of the study. For example, other distractions and traffic hazards were not taken into account, and neither were factors including the prevailing weather or moon visibility. And while they used large datasets, like any routinely collected data, errors could have been made when the data was entered.

Nevertheless, the study’s findings highlight the importance of safe, careful and attentive driving, under all conditions.

“We encourage motorcycle riders to wear a helmet, activate headlights, scan the road surface and be wary of other vehicles,” Redelmeier said. “The best approach to safe driving is reducing as many distractions as possible and keeping alert behind the wheel.”