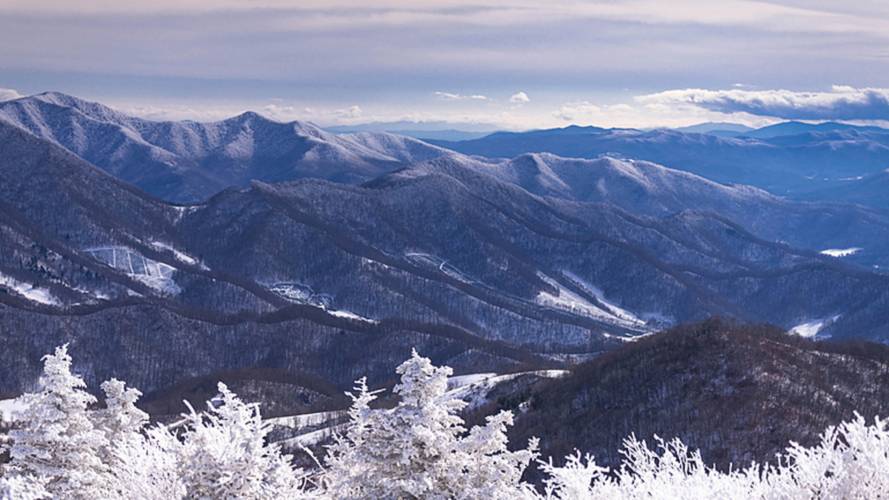 Wherein Peter tells us that New Years Day rides are too cold to be fun. Probably.

Hey friends! Today we're rolling out a new monthly feature called "That Motorcycle Column" by legendary moto journalist Peter Jones. Every month-ish, starting today, Peter will regale us with a new story informed by his decades of screwing around with and writing about motorcycles. So sit back, grab a beverage, and enjoy the inaugural post of That Motorcycle Column - JM

Santa Claus does not ride a motorcycle. Well, maybe I should qualify that; Santa does not deliver Christmas presents on a motorcycle, and has never been seen riding a motorcycle in the snow. I say this regardless of me having a Christmas ornament that disputes it. I also say this to show that Santa has good judgment.

The good news is that I currently live in North Carolina, not New York or Minnesota. The bad news is, since I do not live near the coast but 400 miles west of the ocean in the Appalachian Mountains, it gets cold and sometimes even snows here. Unlike Syracuse, when it snows in North Carolina everything is closed and the world basically ceases to exist. Everyone just waits at home for the snow to melt, which takes about one to three days. The town I live in has a snow plow just for emergencies. It's a pick-up truck. It’s adorable.

Personally I hate the cold, so I dislike snow simply by association. Snow is actually pretty and a fascinating phenomenon, but unfortunately cold is required for snow, so I’m against it. Cold also means ice.

Other riders consider combining cold weather and vehicles that balance on two wheels an annual challenge of purposeful suffering, a challenge to be faced each year with these New Year’s Day rides. In Syracuse there is no weather bad enough that they don’t go for a ride on the correct day. Some even ride regularly on snow and ice, having driven dozens of screws into their bike’s tires. In the Carolinas though, cold and ice and snow force all commerce to be postponed, even that of four-wheeled things.

This year, the Ashville Sport Riders Group invited me on its annual ride, a ride that met up at the Hendersonville Airport. I met up, then I went home. It’s a great group, and it wasn’t even at all cold out on the postponed day, but while driving a car the day prior I saw that the roads were still white with brine. I just won’t do that to my bike. As for whether or not Santa would have joined them, well, he hasn’t so far. I do confess though that I have seen him at Sturgis.

Staging at the airport

I love my motorcycles and I love riding them, but I’m a crybaby when it comes to winter. This has caused me to wonder if cold might not affect each of us differently. For instance, my brother and his wife, who live in New England, respectively wear a pair of shorts and a summer dress all year round. When the weather goes below 12-degrees Fahrenheit with a five-mile an hour-plus wind, they might each reach for a light jacket. It hurts me to simply witness this.

Years ago, before I had the sense to leave the frozen wasteland of the North East for good, I owned a few goats. I still remember being out in the barn one winter night, giving them fresh bedding and hay. It was about 2-above zero. Their breath was thick butts in the frozen air, their winter coats full, and their tails wagging. Pausing to appreciate this scene, it amazed me that they did not trample me to death and then make their way into the house for a night of central heating and marathon Animal Planet viewing. These cloven-hoofed bleaters fascinated me by showing how far different the metabolism is between different mammals.

I recently noticed that heated grips are available for my bike. Maybe…