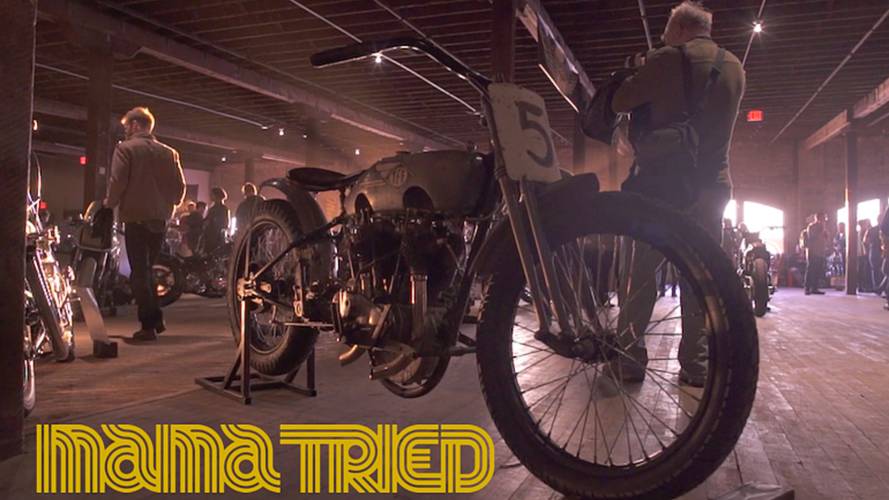 Billed as the biggest motorcycle show in the midwest, Mama Tried returns in 2018 with more space, more bikes, and sanctioned racing.

With a larger venue, more bikes, vendors, racing, plus an inaugural film festival, the Mama Tried Motorcycle Shows aims to ramp up the festivities for 2018

Since the event’s inception, Milwaukee’s Mama Tried Motorcycle Show (presented by Harley-Davidson) has grown into a four-day experience complete with a massive customs display, live racing, and a whole lot more. The 2018 show will be held in a new, larger venue in order to accommodate more guests, as well as almost 250 customs from roughly 100 builders, around 80 vendors, plus a handful of features new for this year.

While the actual show itself will be held this Saturday and Sunday, organizers have scheduled a myriad of attractions before, during, and after February 24-25. Saturday will see the show’s inaugural all-day (11AM-8PM) film festival which is scheduled to screen four motorcycle-related films and include a Q and A with the creators of Sugar and Spade—one of the films being shown. Admission is free with general MTMS ticket.

Like previous years, the 2018 MTMS will host some live flat track racing in what organizers are calling “Flat Out Friday”, an effort that puts rookies and seasoned riders alongside each other on the starting line. A total of seven different classes will be competing on what the event’s press release describes as “a Dr. Pepper syrup-soaked surface in front of 10,000 fans. Classes include Youth 85, Pro, Vintage, Brakeless, and of course; Hooligan."

The festivities commence on at 5PM on Thursday night when a pre-show party will be held at Fuel on 5th. The same evening will also see Museum Bike Night at the Harley-Davidson Museum. “Flat Out Friday” gets under way with races starting at 5PM at the BMO Harris Bradley Center Arena, several hours prior to the shows official pre-party which starts at 9PM at the Turner Hall Ballroom. The after-party will include multiple live music acts and—like the film festival—entry is with with a MTMS ticket. The 2018 Mama Tried Motorcycle Show goes out with a bang on Sunday with the “Slippery Sunday Ice Ride” from 11AM to 3PM at McKinley Marina.

"We outgrew the Lindsay Building (in Walker's Point) and the Rave offers a ton more space and amenities for our ticket holders. We don't have to worry about City Occupancy permits because it's in a legit, rad old building from the '30s. I think The Eagles Club will be a great home for us," ," says co-organizer Scott Johnson. "And for those who have only been there for a dark, rowdy show, seeing The Ballroom in the daylight with the whole room opened up is pretty breathtaking. Add 100 of the best custom and collectible bikes in the country and you've got quite a show. This is the only indoor, curated motorcycle show in the Midwest. And unlike other shows who have just cafe racers or just Harleys, we have everything under the sun: vintage Japanese race bikes, Hillclimbers, Ice racers, Flat trackers, traditional Choppers and everything in between, fans won't be disappointed,” says Johnson.

To purchase tickets, view the entire four-day schedule, see a complete list of sponsors, builders, and vendors, view local accommodations, or get any further info you can check out the Mama Tried Motorcycle Show website by clicking here.