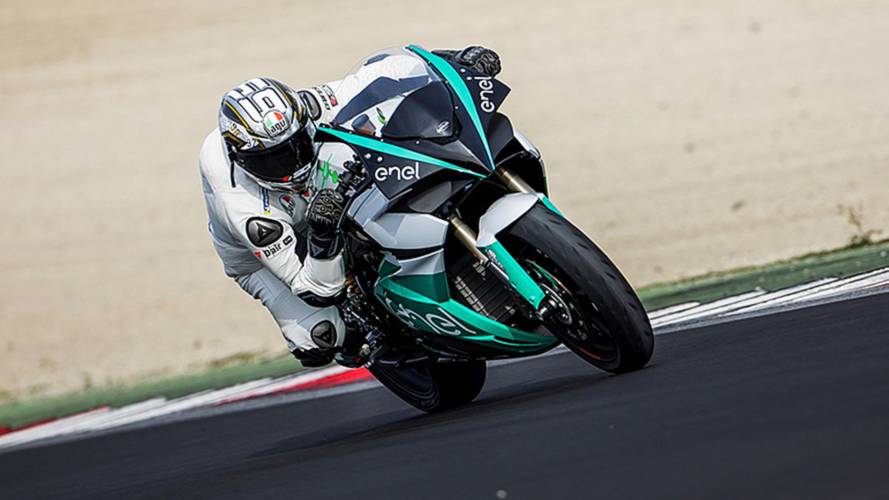 All Abuzz About Electric MotoGP

In a launch event in Rome on Tuesday morning, energy firm Enel was confirmed as the title sponsor for the series - which begins in 2019 - and the racing version of the Energica Ego bike that will be used was revealed.

It was also confirmed that the grid will comprise 18 bikes across 11 teams from the grand prix paddock.

"Dorna together with FIM are delighted to move ahead into the world of electric mobility - an option we consider a parallel path for the future," Dorna CEO Carmelo Ezpeleta said.

"Today we are thrilled to announce our partnership with Enel as the official title sponsor for the FIM Enel MotoE World Cup, as well as being the Sustainable Power Partner of MotoGP - a technical partner we look forward to working with in this new venture.

"We are satisfied with the commitment and values Enel encapsulates, as they perfectly highlight the principles that the new FIM Enel MotoE World Cup is founded on.

"We are very proud to work with such a global, innovative and far-reaching company such as Enel and look forward to the collaboration which also involves IRTA, the MotoGP Independent Teams and the excellent Energica bike.

"You can be sure that together we can make the Cup a resounding success."

The calendar for the MotoE World Cup has yet to be confirmed, but it is expected to consist of five eight-lap races, all in Europe - most likely starting at Jerez.