Harley-Davidson Reminds Us That Its Bikes are Customizable 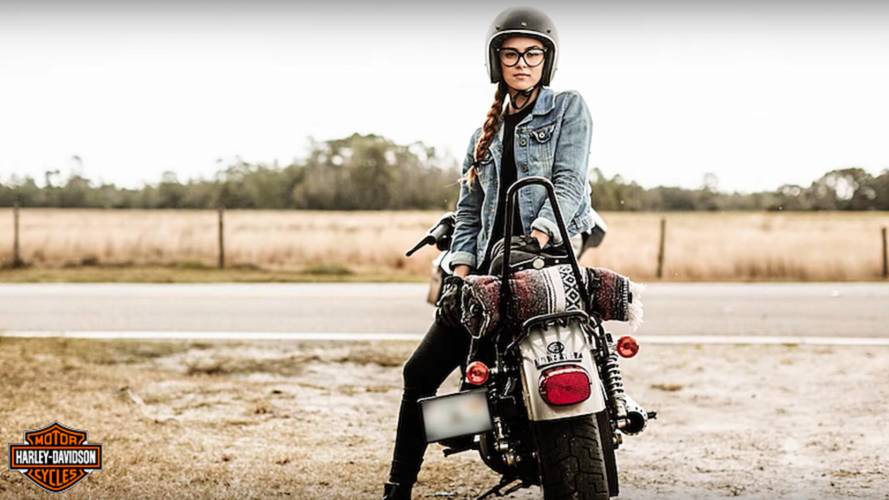 We don't know if you all have ever heard of a little motorcycle company called Harley-Davidson, but apparently its bikes are super customizable. It's true!

Harley-Davidson Politely Reminds Us Its Bikes are Customizable

New video from Harley reminds the motorcycling world that the moco’s bikes are, indeed, highly customizable.

Harley’s stranglehold on the motorcycle industry has become increasingly tenuous over the last couple years. As its primary demographic continues to age, the brand has had trouble reaching a younger market. This occasionally results in some, uh, rather ham-fisted attempts to change millennial’s perception of the Milwaukee-based brand. Despite the widespread success OEMs have recently experienced in the modification-friendly production market, Harley somehow has largely missed the boat and failed to capitalize on the trend. Not for a lack of trying. A recently released video from the iconic American marque aims to remind everyone that its V-Twins are indeed, very customizable. Like, really. They are guys.

While the company has invested in sponsoring various races and competitions such as the Daytona TT and the new H-D Hill Climb event at the upcoming Winter XGames, a larger effort is being made to tap into the customs scene. Presenting a wide range of the modification possibilities available to Harley owners appears to now be a key strategy for the manufacturer. In addition to making its models more modification-ready/friendly in recent years, Harley continues to expand its already massive parts and accessories catalog.

The company is now highlighting its bible-length parts and accessories catalogue in a move to slightly rebrand itself without losing the qualities that lead to people falling in love with it in the first place. The new half-minute video posted to H-D’s official Youtube channel starts with the words; “There are 8 billion people on earth, blending in is not an option”. It then proceeds to show various stills of Harley owners posing with their respective customized H-Ds while quasi-inspirational texts flash across the screen.

Though it doesn’t have much impact on the US market, one of the more clever marketing strategies Harley has employed recently has been its Battle of the Kings contest. The contest pits 250 H-Dealerships from more than 20 countries against each other in a build off where participants are limited to using one of seven current models ( this year it's the Street 750, Street Rod, Iron 883, Forty-Eight, Roadster, Street Bob, and Fat Bob). Each entry is also limited to a budget of no more than a little over $7K and half of that must be spent on items from the official H-D catalog.

CHECK OUT: Harley-Davidson Kicks Off Battle of the Kings 2018

The public then votes on it favorite bikes from each region before finalists are selected and then a winner is ultimately crowned at EICMA. The whole event is somewhat brilliant in the sense that Harley is getting several hundred dealers to produce bespoke versions of its current machines dressed up in a couple grand worth of official parts and accessories. Aside from the beautiful bikes it produces, the contest ultimately serves as an engaging and effective marketing tool, all while costing H-D very little considering the impact Battle of the Kings makes.

The company is going in a more hip direction and several factors would suggest Harley doesn’t have any intentions of slowing this down. A few weeks ago we told you about Harley-Davidson filing several trademarks for what are seemingly new model names; “The Bronx”, “The 48X”, and “The Pan America”. While we can make some confident assumptions about what the 48X and Pan American will probably consist of, the Bronx model very well may be the hip customizable urban model the company’s lineup has largely been lacking.

While Indian continues to find success in both attracting a new, younger customer-base, and keeping established customers coming back – without alienating either of the two vital demographics – Harley can’t seem to catch a break these days. Hopefully for the sake of the legendary American outfit, the push in this new direction will yield the positive results that Harley desperately needs.