Is Suzuki Finally Giving the 'Busa a Facelift? 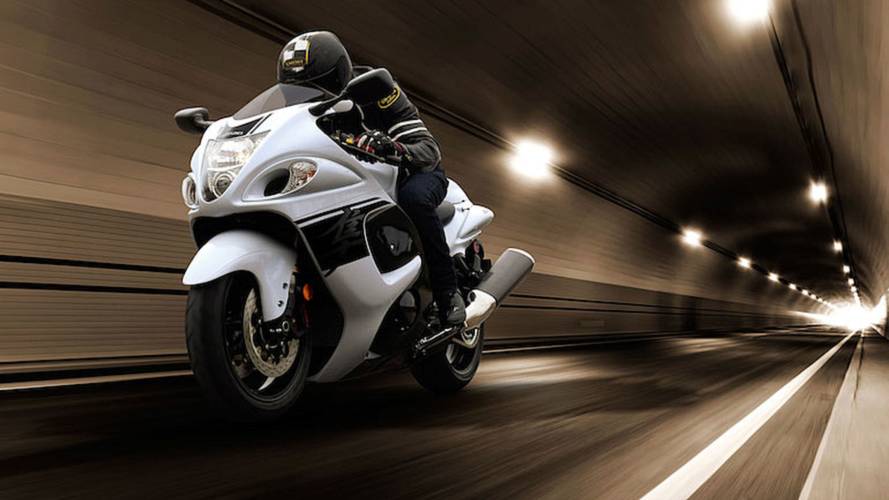 The rumors of the Hayabusa's demise have been greatly exaggerated. Today, we have some juicy details to share about Suzuki’s possible 2019 GSXR1400R.

For reasons known only to Suzuki, the company has reduced the number of new and/or revised models released in recent years. Sure, we got a new SV650 X-variant and a new flagship liter-sized Gixxer, but there are plenty of models in Suzuki's inventory that haven’t seen significant revision in quite a while. In addition, neither the GSX-600R (and 750) nor the Hayabusa have received the necessary updates required to meet the strict emissions regulations enacted at the start of 2017.

BRO: Suzuki to Discontinue the Hayabusa?

The Hayabusa especially is in dire need of a major facelift seeing as how it's still packing (essentially) the same powerplant and twin-spar aluminum chassis found on the 1999 model. The current version hasn’t changed much since 2007 aside from getting Brembo calipers and ABS in 2013 and some minor tweaks here and there. Despite today’s literbikes being plenty capable of high speeds while still possessing sharp cornering abilities, the Hayabusa has somehow retained a dedicated, albeit somewhat niche, market.

Rumor has it that Suzuki very well may be releasing a revised Hayabusa in 2019 to coincide with the model’s 20th anniversary. These rumors are light on details and heavy on hearsay, but seeing as the 'Busa is such a major staple in Suzuki’s lineup – the company claims that the largest of the GSXR’s is still a good seller and that the marque has no intentions of letting it fall by the wayside – the decision to update makes sense. Word is that the revised version will replace the current liquid-cooled, 1,340cc, four-cylinder, DOHC-powered model with an all-new 1,440cc machine. In addition to the increased displacement, the 2019 'Busa is reportedly getting an updated frame with semi-active suspension and multi-access cornering ABS. So far the only sources are an Italian website (Insella) and a few Japanese magazines, but a new 'Busa just makes sense from a business standpoint.

CHECK IT OUT BRO: 5 Used Bikes Too Dangerous for New Riders

In addition to needing mechanical updates, the Busa is also in need of a major face-lift. Though many seemingly appreciate the model’s appearance, it’s objectively dated as hell, with a rear-end looking more like a mid-'90s race hump than a modern tail-section . With the Hayabusa still selling even today, a new version is almost guaranteed to do numbers for the Hamamatsu-based manufacturer, especially if it nails the revision. Once we know something more concrete about the rumored new Hayabusa we'll be sure to let you know.