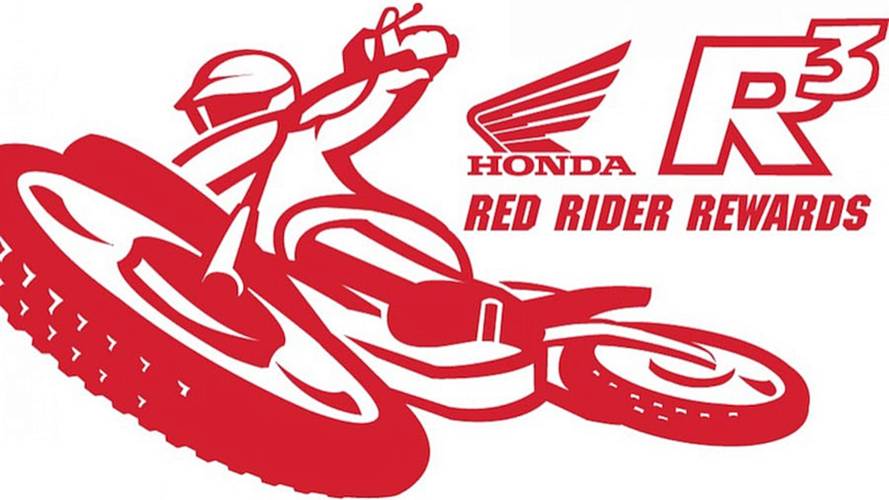 American Honda announced details of its 2018 Red Rider Rewards program, which makes funds available to Honda racers based on their results in supported amateur and professional racing series. The package continues to evolve to provide support to riders in a variety of series across the country.

Among the supported disciplines this year are off-road – amateur and professional motocross, supercross and arenacross – road racing, and flat track. While the 2018 Red Rider Rewards package currently offers a total of $5,395,160, it will grow in the coming months as additional racing promoters and organizers announce their 2018 schedules, particularly in club road racing and amateur motocross.

"Given the success of Honda CRF, CBR, and Montesa Cota models on salesroom floors and in media shootouts, we're excited to increase our contingency offerings for Red Riders in 2018," said American Honda Motorcycle Sports Assistant Manager Brandon Wilson. "Nationwide, Honda models are recognized as the machines of choice among privateer racers, and we're rewarding the grassroots racing community by adjusting the contingency accordingly in many series, growing the total amount of contingency funds available, and allotting increased payouts to those who need them most. With these enhancements, plus the improvements made to many new Honda models, we expect to see a lot of red on starting lines and podiums in 2018."

American Honda also revealed that they have expanded their Red Rider Support program to include the newly announced Amateur Arenacross championship. Organized in partnership with Honda's arenacross team, this program will see TiLube Honda providing amateurs with access to parts and service at each stop of the arenacross tour. As usual, the Red Rider Support program will also provide trackside support at other amateur national motocross events, with details still to be finalized.

In the coming months, Honda will provide additional information regarding the 2018 Red Rider Rewards and Trackside Support programs serving other racing series and events. All Red Rider Rewards contingency funds are paid directly to riders via XTRM AnyPay.