Video of the Day: Don't Mess With a Man in a Helmet 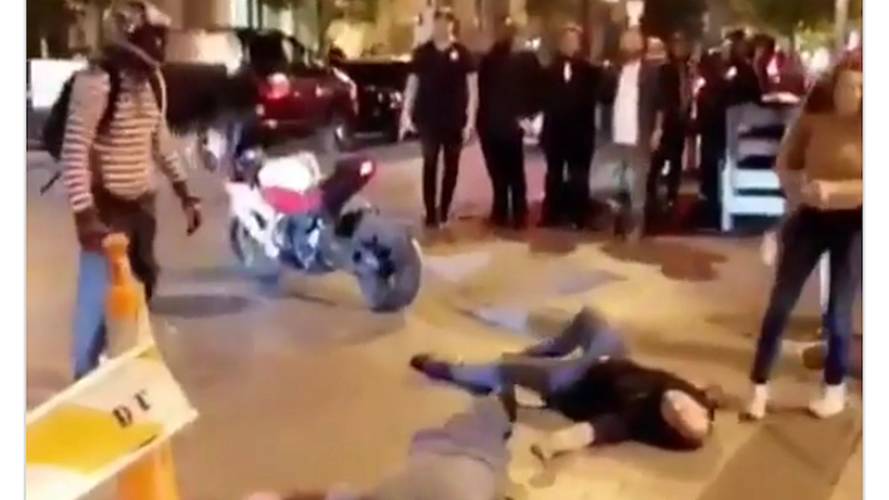 Two Florida men learn firsthand that messing with the wrong person's bike can lead to a bad time.

Getting hassled while riding is, shall we say, less than ideal. Someone with a serious beef can ruin your day whether on foot or in a car, however wearing a helmet and armored gloves can at times help to balance things out. Recently a video from Orlando, Florida, has been making the rounds showing just how bad an idea it can be to mess with someone wearing a helmet and riding gloves.

The video starts with the rider engaging in a scuffle with a random guy, before swinging a leg back over his R1. At this point his attacker can be seen kicking and striking the rider and his bike. This goes on for no more than a second or two before the rider dismounts the bike and promptly connects a left hook, dropping the man and then delivering another knockout blow to the attacker’s friend—also with his left might I add. With both guys on the ground, the Yamaha rider gets back on his bike and rides away.

The friend of the attacker rises to his feet shortly after being knocked to the ground, however the same can’t be said for the guy who was messing with the biker who remains out cold on the ground. According to the various news outlets that have covered the case, nobody suffered any injuries (above and beyond maybe a bruised jaw and ego).

Because the altercation obviously starts prior to the video, it’s unknown exactly what sparked the fight, but hopefully a lesson was learned—don’t kick people’s bikes.