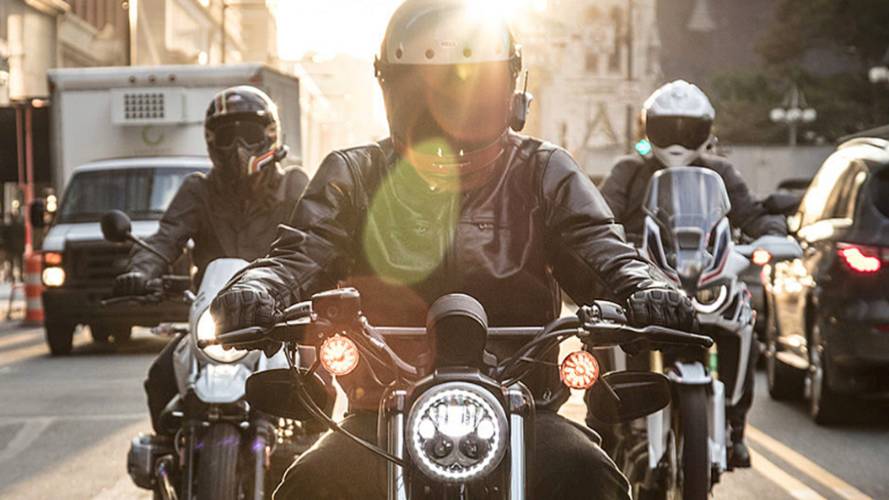 After a decade of selling parts and riding gear, the Philly-based moto-gear powerhouse introduces its own line of riding jackets, pants, and gloves.

Reax is Revzilla’s first foray into producing its own gear, delivering offerings for every style of rider

If you frequent Revzilla or get monthly circulars from Cyclegear, you may have recently noticed a new riding gear company, Reax. This isn’t just another manufacturer now carried by Revzilla (and CycleGear which is also owned by the same parent company, Comoto), Reax is Revzilla’s very own brand, offering a line of riding jackets, gloves, and pants.

Having spent the last decade testing, reviewing, and selling a massive variety of motorcycle gear, very few outfits are more knowledgeable or better equipped to deliver their own riding gear than Revzilla. Arguably more than most manufacturers, Revzilla has a great sense of what customers want, they know what is selling across the industry, and customer feedback no doubt played a vital role in the development of the Reax product range. “We knew exactly what we wanted in our own gear. So we formed a new product development team and created it,” reads a digital brochure from the new company.

The inaugural Reax lineup consists of five jackets, four sets of gloves, and three pairs of riding pants. The range boasts gear for pretty much every kind of (street) rider including ADV (multi-season) style apparel, race-oriented pieces, classic-look offerings, and trendy urban-style gear. Though I wouldn’t classify the new Reax gear as cheap, the pieces are competitively priced. More importantly, it’s hard to think of a better company to deliver riding gear, as in addition to stellar customer service, Revzilla has seen thousands of pieces of gear over the years, and it knows what works, what doesn’t, what’s important to customers, etc.

WHY YOU NEED GEAR: ER doctor explains the importance of gear

Amazon.com ships more than 1.5 million items per day, so it made sense when the online juggernaut started purchasing planes to form its own shipping company. In a similar vein, Revzilla realized that its network, infrastructure, and reach could be used to sell its own products, picking up the additional profit that until now has always gone to the manufacturers of the gear Zilla is selling.

RideApart got the chance to talk to Roger Sgarbossa who was tasked with heading up the positioning, design, and development for Reax. Sgarbossa explained that the Revzilla team initiated the original idea, and from there he worked with them and the Cyclegear team to determine what offerings would be in the first collection. The original program was a roughly 18 month project from determining initial market positioning, concepts, design, branding/naming and development through to delivery.

“The brand focuses on combining just the right blend of premium materials, construction, value and protection with a more casual aesthetic. Each feature and material was thoughtfully chosen to bring the right balance for the widest range of riders. Overall we wanted the brand to be simple but solid, offering great value, features, function and protection, all in a balanced package.” explained Sgarbossa.

While Reax is already developing additional styles for upcoming seasons, whether or not new products will be introduced is said to be dependent on how the first 12 pieces of gear perform. So far it appears Revzilla and Cyclegear are the only retailers to carry Reax products, Sgarbossa did say the company is open to what he called “additional channels”.

It should be interesting to see what riders think of the new Reax range once some time has passed to allow for day-to-day use, and more importantly once some of the gear has been crash tested. For more info on the entire Reax product range you can check out the company's website here, or to order any of the 12 new items you can check out the REAX page on Revzilla. The Reax team also put together a little promo video for its new gear (below).