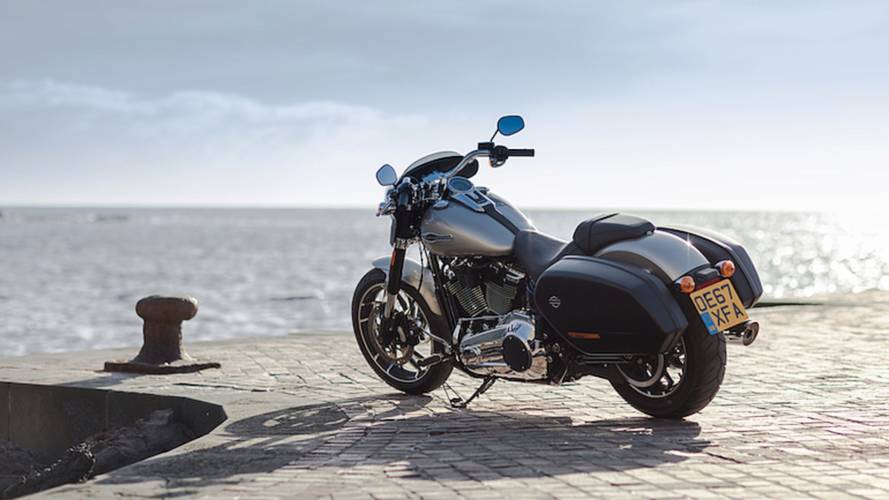 Harley-Davidson responds to the EU’s threats of of tariffs on the American marque’s bikes.

After remaining silent on the issue for five days, Harley-Davidson has put out a statement in response to European Commission President Jean-Claude Juncker’s threats of retaliatory tariffs on Harley-Davidson motorcycles, amongst other iconic American exports. Harley’s statement—which said the tariffs would have a “significant impact” on sales—mostly confirmed what we already knew; retaliatory tariffs would be a major blow to the moco.

THE TRADE WAR: How Trump’s tariffs will affect US OEMS

US President Donald Trump's proposed new tariffs on imported metals, 10-percent for aluminum and 25-percent for steel, would cause the costs of raw materials to surge—regardless as to whether H-D purchases its metal domestically or from abroad. Harley-Davidson spokesman Michael Pflughoeft broke the company’s silence yesterday via an emailed statement to Bloomberg reading:

“Import tariffs on steel and aluminum will drive up costs for all products made with these raw materials, regardless of their origin. Additionally, a punitive, retaliatory tariff on Harley-Davidson motorcycles in any market would have a significant impact on our sales, our dealers, their suppliers and our customers in those markets."

The day following Trump's announcement of the proposed tariffs, Harley-Davidson’s stock fell by 3.4-percent to around $43.82. If the tariffs are enacted then Harley will suffer from a negative two-pronged effect; the costs of production will rise, and the cost of the bikes themselves will increase, ultimately making Harley’s current situation, which is already rocky at best, markedly worse.

This is roughly one-year after Trump met with Harley-Davidson executives in an interaction in which Trump thanked the company for the votes that came out of Wisconsin, remarking, "So thank you, Harley-Davidson, for building things in America," stated Trump, "I’m especially honored to welcome the steelworkers and the machinists to the White House. Who is a steelworker here? Well, you’re all steelworkers, essentially, right?"

So after being so buddy-buddy with the marque’s higher-ups, many amongst Harley’s ranks are likely, and understandably, upset with the current situation. A situation sparked by the President's proposed tariffs, as it seemingly goes against statements the President made, such as, “We want to make it easier for business to create more jobs and factories in the United States. That means we have to make America the best country on Earth to do business (with), and that’s what we’re in the process of doing.”

The EU is scheduled to release a list of tariffs Wednesday that are set to include new duties on everything from peanut butter and Bourbon, to Harley-Davidsons.

On an interesting semi-related note, according to a Securities Exchange Commission filing (as reported by admittedly/obviously liberal news site: ThinkProgress) billionaire investor and former presidential advisor Carl Icahn reportedly unloaded more than $31M in steel-related stocks in the days leading up to Trump’s announcement.

So with the company already struggling to find its footing, the news of production costs (and ultimately MSRP prices) spiking is the last thing Harley needed—for reasons Jason recently addressed. As more news on the matter comes in we’ll be sure to keep you updated.