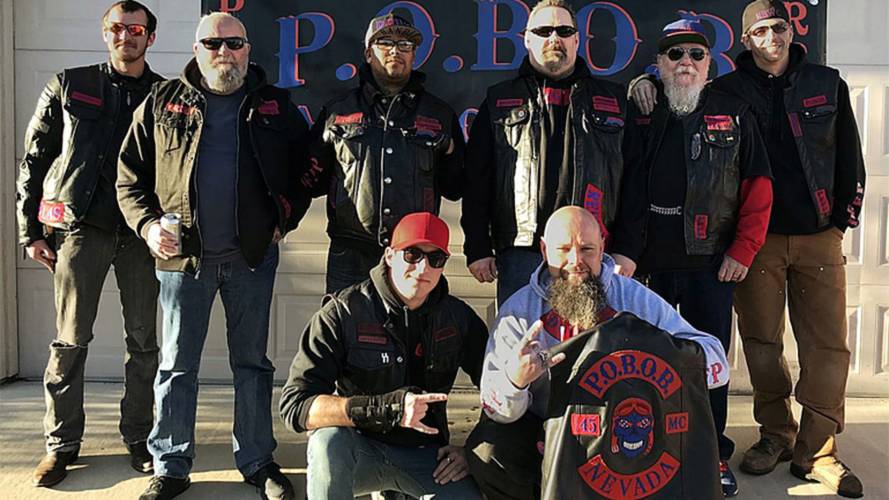 The Douglas County, NV, chapter of the POBOB MC got together, ate some crabs, and raised enough money to pay off a local school district's lunch debt.

Like it or not, motorcycle clubs have a pretty seedy reputation. From the OG Boozefighters to the Hells Angels to your local chapter of greasy, patch-wearing, Harley-riding malcontents, it's easy to brush bikers off as dead-enders and scofflaws. While there may be a bit of lawlessness in biker circles, it's not as universal as you might think. In fact many clubs do a ton of charity work and community outreach, clubs like the Douglas County, NV, chapter of the POBOB MC.

SHARING: Bikers Against Child Abuse: Meet the 'Scary' Bikers Who Stand Up For Kids

According to the Record-Courier, the Douglas County POBOBs recently paid off the school lunch debt for all 12 Douglas County School District schools. Pretty great, eh? Apparently the funds came from an annual party called The Crab Feed the club held at the beginning of March.

"We all have families here and kids in the schools, so it was important to us," said POBOB member Marion "Patch" Bergeron.

As soon as the lunch debt was cleared, letters started pouring into the POBOB's clubhouse. Every handwritten letter came from a thankful child, and most were decorated with cut-out hearts, motorcycle sketches, and other marks of affection. Needless to say, the old softies at the clubhouse were touched.

One of the many letters kids sent to the POBOBs.

IS: We Catch Up With the Veterans Charity Ride

"That was really cool and a real table changer," said club member Brett "Sparky" Mattei. "Here we are thought of as a street gang and then we're being recognized as the opposite and being invited to the schools. It's really an amazing feeling."

This isn't the first time the Douglas County POBOBs have helped out kids in the local schools. Over the years the club has donated school supplies to various elementary schools, and has even taken part in the Back Pack Buddies Program. This won't be the last time they help out either, since giving back to the community is apparently a big part of being a POBOB.

"We're going to keep doing it," said Bergeron. "We want to give to the community and be liked. It makes us feel good knowing we're doing good."