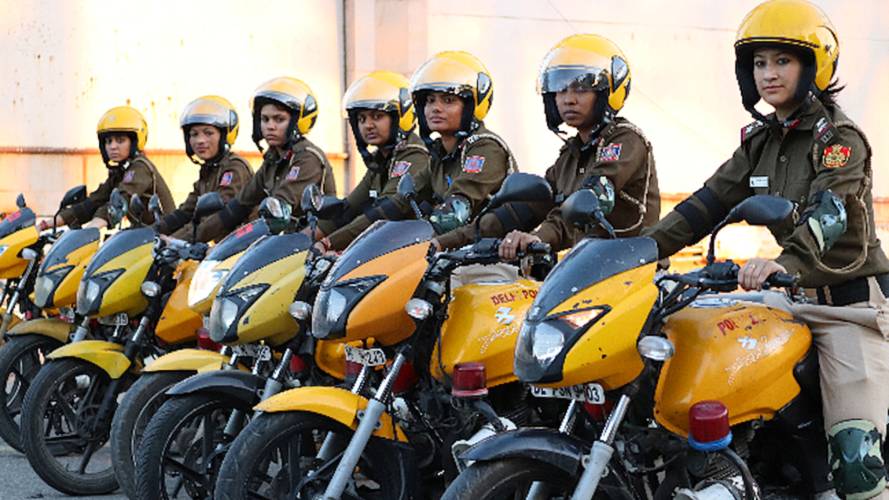 In an effort to bolster women’s safety in Delhi’s south district, police have established an armed, all-female, moto-mounted patrol squad

Violence against women has been an ongoing issue in India for decades, and despite measures from the government such as the Convention on Elimination of Discrimination Against Women (or CEDAW) ratified in ’93, the problem persists. According to the National Crime Records Bureau, violent crimes against women in the country have risen by several thousand year after year over the last decade or so, clearly demonstrating that more needs to be done to combat this problem. So, in addition to Delhi police teaching defense and combat skills to roughly 4,000 girls back in December, the department recently announced the introduction of the “Women Patrolling Squad”.

Each member of the new all-female squad has trained in specialized riding and driving tactics, hand-to-hand combat, and use of weapons. The squad has also been educated on the types of crimes that frequently affect the female population, how to speak to victims, how to establish a rapport, and how to encourage more women and girls to report crimes. According to the National Crime Records Bureau the vast majority of rape and sexual assault victims knew their attacker(s), and with almost 37,000 cases reported in 2014 alone, this is obviously a pretty substantial issue.

Another way police feel this new squad could help is by focusing on certain problem areas. For example, West Bengal and Andhra Pradesh both make up well over 10 percent of violent crime against women in the country, despite their populations accounting for around half those figures. By establishing a presence on the street—especially in high-thread areas like these—police hope the new squad can thwart crime in parts of town like Sarojini Nagar Market, Select City Mall, Hauz Khas Village, Kamla Nehru, and Gargi College, and other schools around opening and closing hours to help protect students.

Though there has been a slight decline in violence against women the last few years, that doesn’t mean this isn’t still a rampant problem plaguing the country. Along with the previously mentioned goals, the new program also hopes to make the policing system more inclusive and inviting for women.

The squad all geared up for patrol.

The decision to put women on bikes was a pretty logical one. In order to be as effective as possible, the squad needs to be able to traverse the city quickly while maintaining a regular presence in heavily patrolled areas—a task that would be much more difficult on the congested streets of Delhi in a car. The squad has also been trained on how to care for and maintain its fleet of Apache RTR and Bajaj Pulsar two-wheelers. It’s pretty clear that when pushed too far, Indian women will join forces together and fight back. Just ask Akku Yadav.