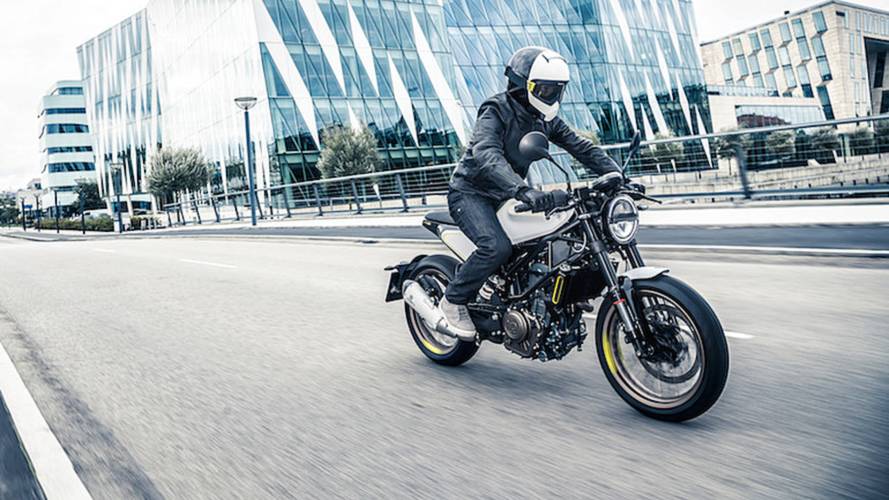 The three new arrows in Husqvarna's quiver—the Svartpilen and Vitpilen 401 and the Svartpilen 701—Finally hit showroom floors in late March and April 2018.

After years of teasing us, Husqvarna finally drops its cool new Vitpilen and Svartpilen bikes

Husqvarna first unveiled its Vitpilen 401 and Svartpilen 401 models at EICMA 2014, and the following year it pulled the cover off the Vitpilen 701. A few years have since gone by but the production versions of Husky’s “Real Street” models are finally scheduled to hit showrooms across Europe by late March 2018 before becoming available at dealerships in North America, Asia, and Australia in April. A recent Husqvarna press release calls the launch, “another vital step towards fulfilling their (Husqvarna’s) progressive vision of street motorcycling”.

Powered by the same 43 horsepower, liquid-cooled 373cc single found in KTM’s Duke and RC 390—and built on the same frame—the new Vitiplen 401 was designed to bring riding back to a more simple place while still offering modern reliability, safety amenities, and aesthetics. The cafe racer aims to deliver a fun riding experience for new and old riders alike. The North American MSRP for the Vitpilen 401 is reportedly $6,299.

Husqvarna calls the Svartpilen (Black Arrow) scrambler a “modern-day interpretation of a street explorer”. The Svartvilen also utilizes the same powertrain, hardware, ABS, and a slightly modified frame version of the same chassis as the Vitpilen 401. The Svartpilen has a reported North American MSRP of $6,299.

MORE SVART AND VITPILEN: How Husqvarna designed more than just a bike

After garnering an enormous amount of attention with the first two prototypes in 2014, it quickly became clear to Husqvarna that the market was interested in a larger version of the new stylish Husky street bike. Enter the 701 Vitpilen. It features the same 75 horsepower, liquid-cooled single that lies in the heart of Husky’s 701 SuperMoto, and sports some nifty amenities like ABS, ride-by-wire, slipper clutch, and dual counterbalancers. The Vitpilen 701 will carry a claimed North American MSRP of $11,999 and be available along with the other two smaller machines in the region starting in late April.

Husqvarna is also rolling out a complete line of Husqvarna Motorcycles’ original parts, gear, and accessories that have been designed specifically for the trio of new models. Because Husqvarna is owned by KTM, the vast majority of dealerships that carry KTM’s bikes also carry Huskys so these shouldn’t be any harder to find than your average Ducati or KTM. For additional info or to look up a showroom in your region you can visit Husqvarna’s website.