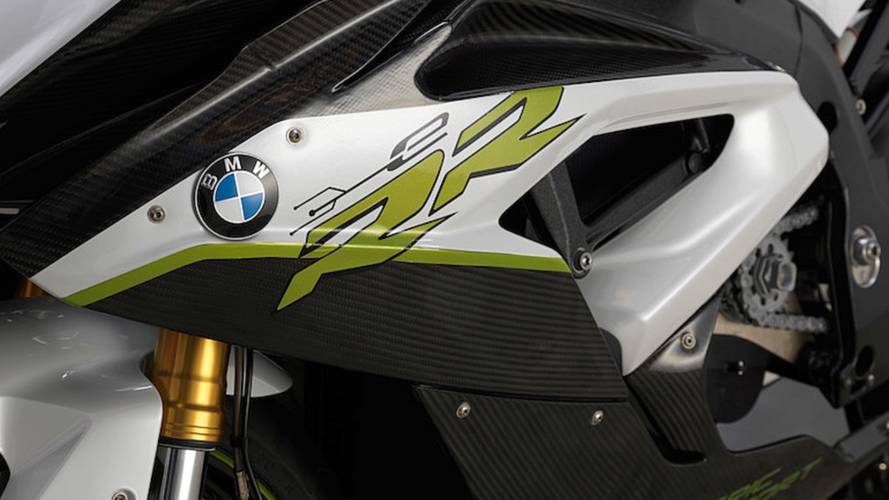 Dead Dinosaurs vs. Electrons: BMW may pit its ultra elite 215 horsepower HP4 Race against its own electric S1KRR-based “eRR”

With both Harley-Davidson and Royal Enfield poised to release electric bikes in the near future, it’s become abundantly clear that the electric bike movement is here to stay. With several electric car and scooter models currently on the market, BMW has recently turned its attention to the development of its electric powertrain vehicles. Now, what started as a simple demonstration exercise from three years ago has become something markedly cooler.

BMW Motorrad and the Technical University of Munich's "eRR".

Back in 2015, a collaborative project was hatched between BMW Motorrad and the Technical University of Munich to create a high-performance electric two-wheeler worthy of wearing the Roundel. BMW intentionally refers to the eBike as an “experimental vehicle”, removing some of the liability involved with attaching its name to the project. The “eRR” was built around the previously developed chassis from the S1000RR, given an electric powertrain, and then wrapped in carbon fiber S1KRR bodywork.

The custom painted tank on the "eRR".

BMW’s stake in the collaboration was motivated by the desire for info on low-speed performance; an area in which electric motors excel. Because eMotors offer full torque on tap at any given time, electric motors almost always have the upper hand on internal combustion engines below 30 miles per hour. This is the reason why many modern “supercars” are hybrids, not to save gas, but because the electric motor is used at lower speeds, and then the gas engine kicks in at higher speeds allowing for the best of both worlds.

The manufacturer has yet to release any specific specs or info on the eRR. However, rumor is that BMW wants to pit the eRR against its own ultra elite, $90K, 215 horsepower HP4 Race in a sub-30 miles per hour drag race. This alone speaks volumes about the electric super bike’s performance, because not only is the HP4 Race’s engine insanely powerful, but the bike’s frame, wheels, swing-arm, and bodywork are all made from carbon fiber. This all resuls in a wildly impressive claimed power/weight ratio of: 1.472.

Once BMW reveals more information on the situation, we’ll be sure to check back in with you, but personally, I’m really hoping this all BMW battle will be more than a hypothetical thing.