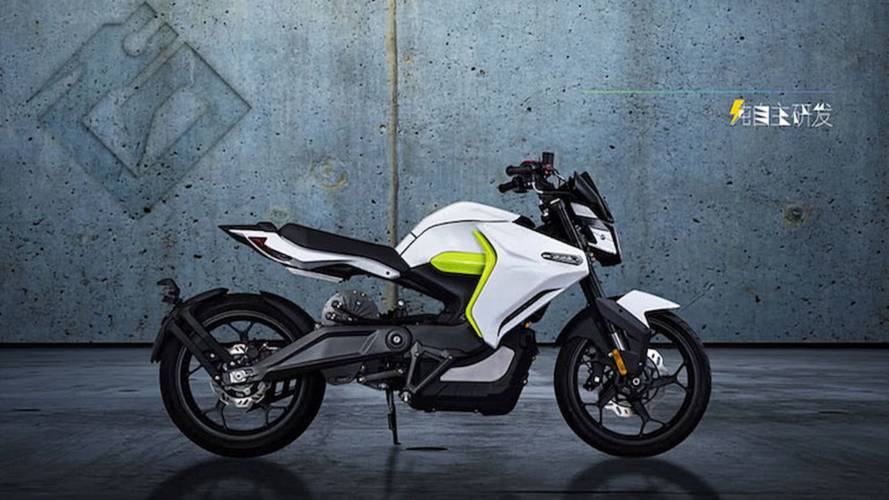 With the success of cheap Chinese motorcycles and scooters in many markets, Sur-Ron’s new ‘White Ghost’ naked electric has the potential to make waves.

Cost and ease of use are two major factors many consider when shopping around for a two-wheeled commuter. As Chinese-made vehicles become increasingly reliable, the market for affordable bikes coming out of China is booming. Chinese bike purveyor Sur-Ron—makers of the popular $3,000 Firefly electric off-roader—plans to cash in on that popularity with a new, very affordable electric street bike called the White Ghost.

A look at the frame and subframe on the White Ghost.

Though the White Ghost boasts some high-tech and modern parts, it’s still nonetheless a budget bike and its specs don’t come close to touching more expensive electric offerings from the likes of Zero or Alta. With its liquid and air-cooled powertrain only producing 10 kilowatts—roughly 13.4 horsepower—a claimed top-speed of just over 60 miles per hour, and a range of 62 miles (city), the White Ghost is clearly designed for short urban trips. There is an aspirationally-named “turbo” feature that adds an extra 20 percent more power, but it eats up more of the bike’s 4.2 kilowatt hour, 60 volt battery (which can charge in three hours off a standard wall socket).

The digital display on the White Ghost.

Other standard amenities on the model include linked ABS, a two-speed, dual-clutch, automatic gearbox, inverted forks, disk brakes, and traction control to keep those 13.4 ponies from getting out of control. The bike also boasts full LED lighting all around, including a particularly sexy headlight setup that utilizes an active, lean-sensitive device enabling the lights to point in the direction the rider is going in.

The LED headlight setup on the White Ghost.

One of the White Ghost's major appeals has to be its physical appearance, which is especially important considering the eBike’s performance is nothing to write home about. The machine sports a very modern, sleek, and aggressive look that is sure to attract a decent amount of customers,

As of the time this is was written, Sur-Ron has yet to release official pricing, but I would imagine it will fall somewhere between $2,500 and $4,500. The Ghost’s lackluster performance may be seen by a lot of riders as a strike against it, but to a new rider the lack of oomph may be a positive. The idea of a good looking, non-intimidating electric bike at an affordable price appears to be something of a recipe for success.

especially if the price is right. In total the the bike weighs in at a reported 309lbs too.

Sur-Ron is still going through the process of getting government and regulatory approval for sales in regions outside of its native China, but once more news on the White Ghost comes to light—such as a price—we’ll be sure to let you know. Until then, you can learn more on Sur-Ron's website, or check out a promo video Sur-Ron put together for its new road-going offering.