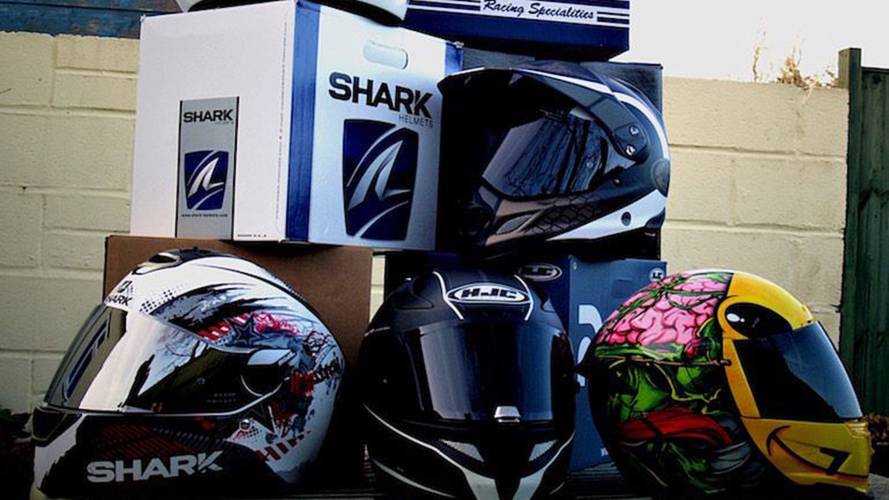 According to a new study from the University of Wisconsin, riders who don’t wear motorcycle helmets are twice as likely to suffer spine and neck injuries in the event of an accident. The study looked at data collected between 2010 and 2015 from more than 1,000 patients’ charts at UW’s trauma center—around three-quarters of which were not wearing a helmet.

The study was conducted in response to the theory that the weight and bulk of helmets—especially full face models—make the wearer’s neck more prone to injury, a reason regularly cited by motorcyclists who oppose mandatory helmet laws. While recent helmet technology has made strides in safety, previous studies from 1986 to 2011 did admittedly find that helmets have the potential to increase risk of neck injuries on account of greater torque to the neck in certain situations.

The new data suggests the complete opposite, claiming that helmets in fact reduce the likelihood of spinal injuries by at least half. The study was published earlier this month in the Journal of Neurosurgery.

“The helmet seems to be protective to these types of injuries,” said Dr. Nathanial Brooks, an associate professor of neurological surgery at the UW School of Medicine and Public Health and an author of the study. “The goal of our study was to look at real-world situations, rather than the lab situations."

MORE MOTO STUDIES: How the brain is to blame

The Centers for Disease Control and Prevention previously found that wearing a motorcycle helmet reduces the risk of head injuries during motorcycle accidents by nearly 70 percent, and lessens the likelihood of an accident being fatal by nearly 40 percent. According to the Department of Transportation, in recent years Wisconsin has seen an average of 2,287 motorcycle crashes per year, with 84 (1 in 27) of those being fatal. The state’s helmet laws only require riders (or passengers) under the age of 18 to wear a helmet.

The National Highway Traffic Safety Administration also estimates that wearing helmets saved the lives of 1,859 motorcycle riders in 2016, and an additional 802 lives could have been saved if every motorcyclist had worn them. Despite the sample size of the recent WU study being relatively small, the individuals behind it nonetheless feel its findings point to an obvious conclusion.

"Our study suggests that wearing a motorcycle helmet is a reasonable way to limit the risk of injury to the cervical spine in a motorcycle crash,” says Dr. Brooks.

Regardless of the aforementioned findings from a handful of reputable government agencies, there are still groups actively combating helmet laws such as ABATE of Wisconsin, a organization that opposes mandatory helmet laws for adults and lobbies against them.

“It’s up to an adult to be able to choose,” said Dave Charlebois, executive director of ABATE of Wisconsin.

According to the Insurance Institute for Highway Safety, Wisconsin is one of almost 30 states in the US with partial helmet laws, while 19 states require all riders to wear helmet. Meanwhile three states—New Hampshire, Illinois, and Iowa—don’t have any helmet laws on the books whatsoever.

To read further about the study you can click here to check out the Journal of Neurosurgery website here.