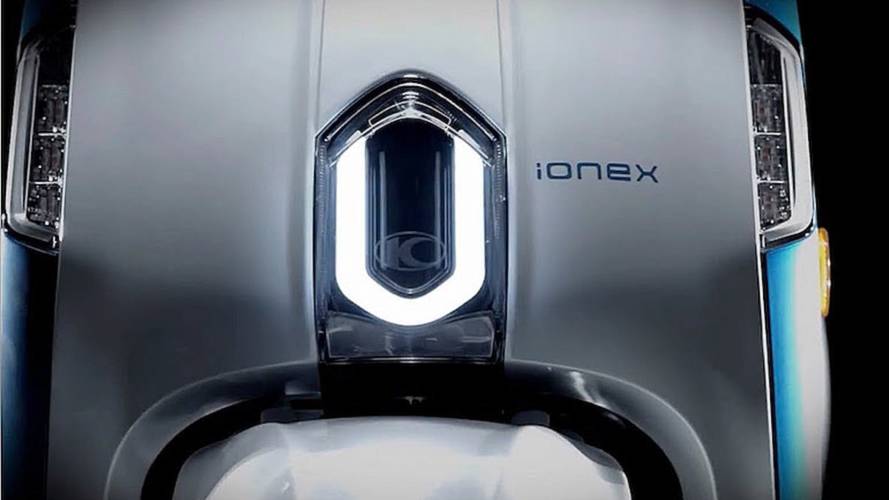 A new swappable battery system, new urban charging stations, and ten new models are all in the works from Kymco in the next three years

More and more companies are making long-term investments in the electric vehicle segment. Various outfits are developing charging infrastructures, as well as new compatible models. At the 2018 Tokyo Motorcycle Show Taiwanese OEM Kymco rolled out its new electric range dubbed the "Ionex Platform" and the first new model in said range, the "Many EV".

The new range is a result of what Kymco calls a “complete rethinking the entire electric architecture”, though in reality the company is essentially just doing what other big EV outfits like Tesla have already done. Nonetheless, the new Ionex Platform may make EVs a lot more appealing by eliminating many of the common complaints typically associated with electric powertrain machines.

The first of these scooters is the Many EV, which appears to essentially be an electric version of Kymco’s existing Many 125 model. The brand says it aims to introduce nine additional models over the next three years, and has even more ambitious goals like selling over half-a-million scooters in that same window while simultaneously introducing the Ionex platform and charging stations in 20 countries around the world.

The Ionex models all feature removable/swappable batteries, negating the wait times charging typically requires. A network of charging stations is a key element of Kymco’s new rollout. These stations give Ionex owners easy access to spots where drained batteries can be swapped out for charged cells in roughly the amount of time it takes to fill a fuel tank so there is no need to wait for the batteries to charge.

The Ionex models also employ a dual battery system which makes removing them easier as they’re markedly less bulky than the swappable batteries on Zero’s electric bikes. The batteries are also housed horizontally in the floor of the scooters which keeps the center of gravity lower than under-the-seat battery models.

The Ionex range also utilizes a non-removable “core” battery housed under the seat which. If the removable cells are running low (or dead), the core battery then becomes the scooters’ primary energy source which allows for quick jaunts while the other two batteries are being charged.

One possible major snafu in the whole charging network plan is that Kymco is relying on cities to not only agree to allow charging stations to be installed in public areas/property, but the company is also hoping local municipalities will introduce policies to encourage the use of its EV’s. Presumably this would take the form of tax credits, rebates, HOV lane-use, etc. This is realistic in cities like Paris or San Francisco, but it may be a while elsewhere.

MORE ASIAN MARKET MOUNTS: Should I buy a Chinese bike?

On top of the swappable battery stations, Kymco also wants to set up traditional charging stations since it supposedly only takes an hour to fully charge one of these batteries. There is also an idea to allow users to rent batteries for long(er) trips. The manufacturer claims that the under-seat storage area can accommodate three extra batteries, which in theory should allow for a range of around 125 miles between all six batteries (the core cell, the two removable units, and the three extra batteries).

Whether or not you’re interested in an electric scooter, this news demonstrates the strides being made in the EV industry. As green vehicles become more common, more and more companies will find ways to iron out the kinks involved with electric offerings. Part of me thinks it would be more beneficial for both the manufacturing industry and the public if OEMs came together and agreed on a single universal charging system instead of each marque introduce its own charging infrastructure, but what do I know?

Kymco has also put together a promotional video for the new Ionex Platform that can be seen below.