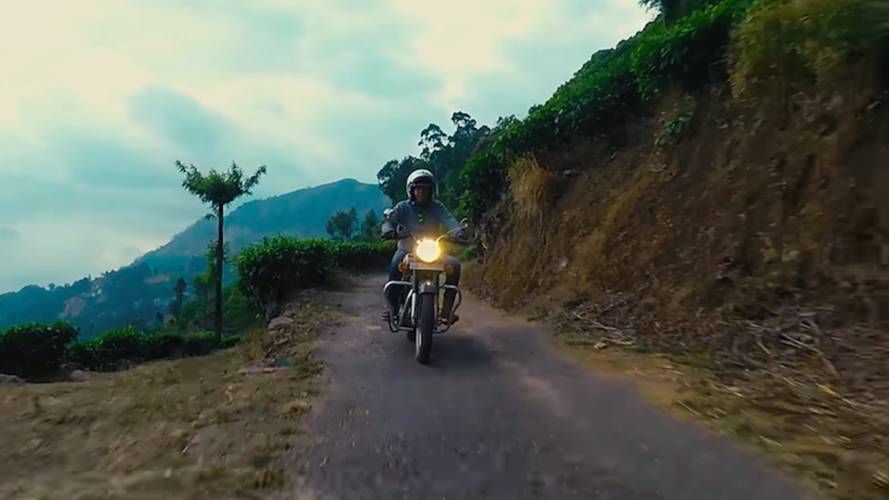 Seven-part series succeeds in capturing the sense of adventure on low-budget, high-mile motorcycle touring as 17 riders take their bikes across South India.

With a shoestring budget and a trio of relatively cheap cameras, Nishit Sharma turned a multi-day motorcycle road trip with friends and motorcycle enthusiasts into a well shot and edited seven part series. In his series—which he calls "The Bear India Tour"—Sharma, (or “Hopping Bug” as he’s known on Youtube), tagged along with a group of Royal Enfield owners as they traverse 2,200 kilometers (roughly 1,350 miles) of South Indian pavement, gravel, mud, and dirt.

Last month, Sharma posted a four minute trailer for the series on his YouTube channel, followed by part one two weeks later. It appears he plans on releasing one part every fortnight, assuming his posting schedule remains the same. Each chapter covers a different leg of the trip, each of which comes with its own unique challenges, incidents, or anecdotes as the group of 17 (plus Sharma) pass through the cities of Mahaballipuram, Pondicherry, Madurai, Munnar, Thekkady, Kumarakom and Kochi.

A still of a drone shot from the trailer.

While Sharma’s equipment is limited to a pair of DJ cams and a GoPro, his arsenal does include a drone. This enables the amateur filmmaker to deliver some impressive shots shown over overly dramatic orchestral music. With five more videos to come, now's a good time to start watching these if you want to stay current. Below is the trailer for series, entitled “The Bear Tour South India 2018” and below that is part-one of the seven part series.

CALCULATING TRIP COSTS: Crossing the US

Photos and video by Hopping Bug (aka Nishit Sharma)