Check Out This Billionaire's Patron-Fueled Victory 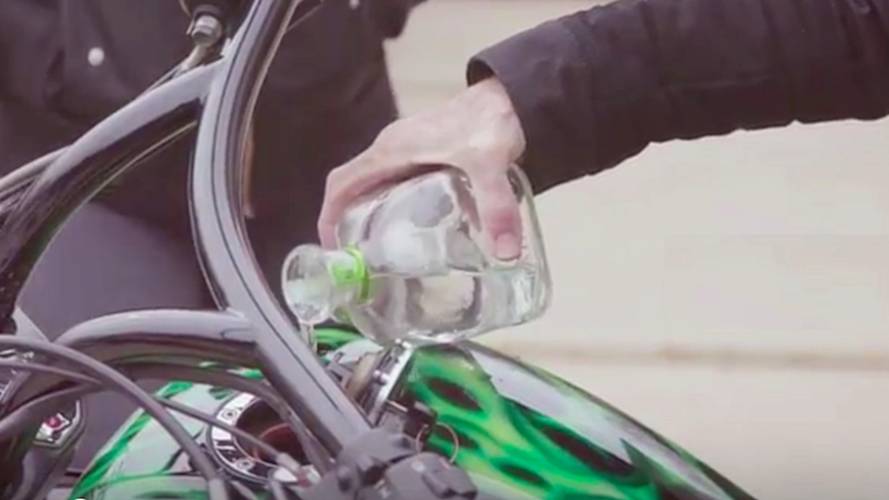 The founder of Patron Tequila shows of his 2009 Arlen Ness and Victory bike that can burn either gas, or “high-end” agave-based spirits, because why not?

When you’re sitting on $3.4B, shelling out a few grand to fill your bike’s gas tank is no big deal

John Paul DeJoria founded both Paul Mitchell haircare products and then later the Patrón Spirits Company, resulting in what is now an estimated $3.4 billion net worth. DeJoria’s enormous wealth has awarded him many luxuries, one of which is collecting motorcycles which DeJoria stores in his Austin, Texas garage. The billionaire owns a variety of examples—including 2010 BMW GS model with a sidecar hack—but the businessman’s favorite bikes are cruisers. On top of a new 2018 Indian Chieftain Dark Horse, and a couple Harley-Davidsons, DeJoria also owns one very "special" one-off 2008-2009 Arlen Ness and Victory (RIP) that runs on tequila.

THE DEATH OF AN AMERICAN OEM: Victory Motorcycles is no more

The Patron Bike and matching helmet

“We customized the whole thing out and then returned and readjusted the carburation,” DeJoria said while being interviewed by Barbara Walters on a recent episode of CNBC’s “Secret Lives of the Super Rich”. The American two-wheeler sports a not at all tacky lime green flame livery, with several Patron logos adorning the seat and taillight. The bike can now burn either gasoline or tequila, though filling the entire ten-gallon tank with Gran Patron Platinum tequila—which DeJoria can be seen doing in the footage—would cost around four grand to fill up, though when you’re a billionaire literally burning money is no big deal.

The Patron bike parked in the billionaire's Texas garage

DeJoria can also be seen taking a pull off the bottle of “premium” tequila before taking the “Patron Bike” out for a quick spin, sans helmet. I guess when you have a hair product empire, helmets just get in the way. There are photos of the bike (with Nevada plates for whatever reason?) with a matching helmet on the seat, though it doesn’t appear to get much use. I personally am having a lot of trouble getting past how gaudy the bike looks, but whatever floats your boat.