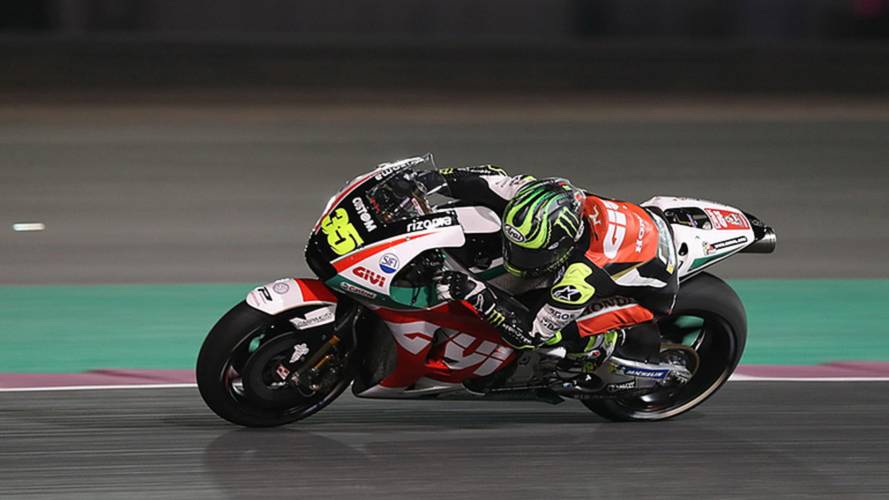 Despite the recent gains made by the Japanese manufacturer, LCR rider Cal Crutchlow says the Honda MotoGP bike remains the hardest to ride on the grid.

LCR rider Cal Crutchlow says the Honda MotoGP bike remains “by far” the hardest to ride on the grid, despite the recent gains made by the Japanese manufacturer

Honda enjoyed a strong off-season—its riders performing well across all pre-season test venues—and a close second-place finish by its leading rider Marc Marquez in the Qatar opener was seen as a further indication of the bike's progress.

But Crutchlow, who rode his works-spec RC213V to fourth in Qatar, is convinced the Honda remains the most difficult package to get to grips with.

Asked if Honda was in better shape than its rivals, he said: “No. Honda has the best riders.

Importance of Watching: 10 Reasons to Watch MotoGP in 2018

“If you look at the calibre of Marc, if you look at Dani , how he rides. I've learned to ride the bike in a very good way.

“But notoriously the Honda is the hardest bike to ride by far. You can see on the TV, all you need to do is open your eyes and you'll see it.

“I think we are in a lot better shape than we have been in previous seasons, but I think the riders are pushing very, very hard.”

Crutchlow said his strong finish in the season opener was down to Honda's improvements, but also his own progress.

“ doesn't suit me particularly, let alone the Honda, but the Honda has obviously improved, and I've improved riding-wise for sure.

“It's a combination of both. I think we've been competitive, Marc's won here before, he's been on the podium here before, it was expected he was there.

“But I think we did well to be in that group and be able to battle, and I think my team and Honda have done a great job.

“I've had a fourth place here before, but that was on a Yamaha—I may as well have been riding a scalextric bike with grip I had.”

The Qatar weekend featured a number of strong showings from privateer teams, with Tech 3 Yamaha's Johann Zarco claiming a record-breaking pole and subsequently mounting a credible podium challenge along with Crutchlow and Pramac Ducati's Danilo Petrucci.

Importance of Analysis: Five Things We Learned in the Qatar MotoGP Opener

In the aftermath, however, Crutchlow played down the independents' chances of mixing it with the works outfits over a full season.

“It's the resources you have got as a factory team; the money you spend, the staff, the people. The resources they've got is endless.

“Yeah, it's an endless budget. I'm not just talking about budget, but it's the money that creates everything, as you know.

“It's the resources that, over the championship, over the season, that just makes those 50 points difference in the end, honestly speaking.

“We'll see. If we can continue a decent run of form, we'll see—I don't know.