Robbie Maddison Returns to the Surf 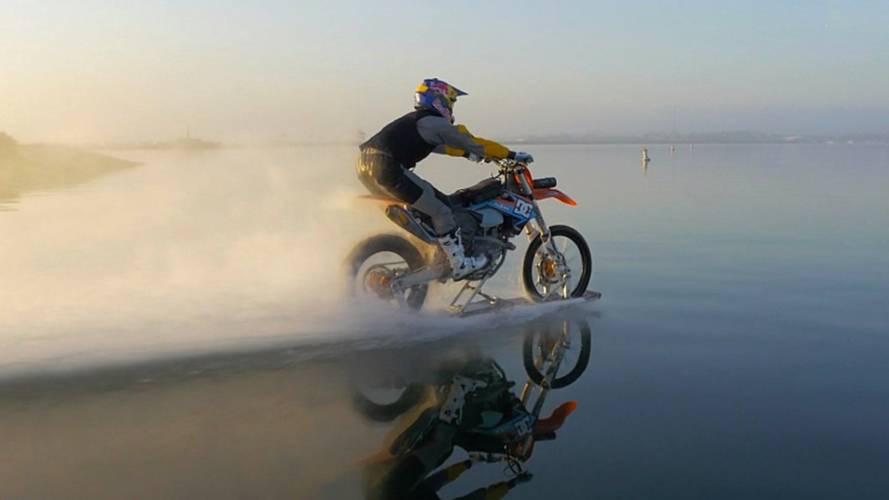 Robbie Madison prepares to raise the bar once again, formulating plans to take on the massive waves of Tahiti on ones of his heavily modified MXers

Three years after his viral “Pipe Dream” video, Robbie Maddison once again sets his sights on shredding the swells

Back in 2012 Robbie Maddison—who now apparently goes by Robbie William— appeared on our radar after a crazy 378 foot jump on New Year’s Eve 2011. Since then the Australian rider has continued to impress with a series of increasingly insane jumps and stunts. There was the “Air Craft” video in 2013 where he jumped planes, then his mind blowing “Pipe Dream” footage in 2015 where he rode a modified dirt bike on the ocean, followed by the equally ridiculous “Drop In” video where he took his bike off an Olympic ski jump! Footage of his antics speaks for itself—as do his multiple international FMX—wins which is why we were pleased when news recently broke that Maddo is back at it again, this time preparing to tear up some big ass waves in Tahiti.

HOW TO RIDE ON WATER: The making of Robbie Maddison’s “Pipe Dream”

Unsurprisingly the stunt rider has appeared in numerous Hollywood movies and achieved a handful of world records, including one for the longest distance ridden on the water. Seemingly these feats aren’t enough for Maddison, who now aspires to become the first person to ride a motorcycle, wait for it... through (or “surf”) the tube of a wave on a motorcycle. To accomplish this, Maddison will travel to the French Polynesian island of Tahiti in the South Pacific—a paradise known for its beautiful beaches and enormous waves.

Robbie Maddison will return to the swells, this time to ride inside the tube instead of out in front of it

THE AMATEUR SIDE OF MOTO STUNTS: Jumping an FXR goes how you’d expect

In anticipation of yet another straight up bonkers viral video from Maddison, Redbull released a minute-and-a-half teaser video. The clip shows behind the scenes shots from the original “Pipe Dream” footage with text about Maddo’s upcoming stunt. We’ll be sure to update you when the new video drops, as it's sure to be something special.