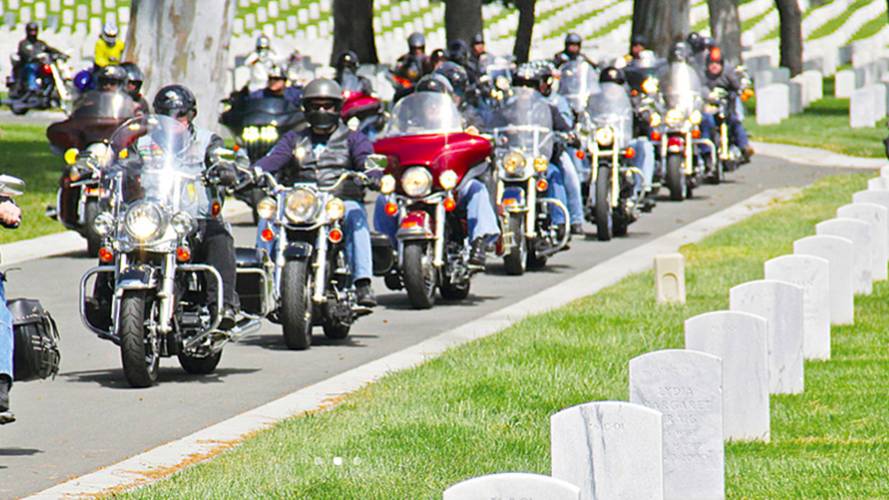 On Sunday April 15, 2018, Los Angeles played host to the 6th Annual Heroes Ride, an annual charity event that raises money for the families of fallen police and military personnel. Starting bright and early from LA’s famous Hollywood Bowl, the ride included an escorted cruise along the iconic Sunset Strip and Hollywood Boulevard before making a stop at the Los Angeles Cemetery for a veterans' tribute ceremony. From there the route continued to the ride’s finish line at East LA’s Biscailuz Training Center where the festivities really began.

MORE MOTO CHARITIES FOR THE TROOPS: We catch up with the Veterans Charity Ride

The 6th annual event drew hundreds of attendees, consisting of current and former law enforcement and military, and a bunch of motorcycle club members and other civilians (though event organizers were abundantly clear that one-percenters weren’t welcome). It can be easy to overlook the percentage of motorcyclists that also happen to be active or ex-military or police, so taking advantage of the large portion of police and military who ride to benefit a worthy cause is a pretty logical move.

EVEN MORE MOTO CHARITIES FOR THE TROOPS: Carey Hart’s Tanks for Troops

While this video is from last year’s event (no videos of the 2018 Heroes Ride appear to be available thus far), it still gives a pretty accurate sense of what the Heroes Ride is all about.

Photos by the PPOA’s Greg Torres