Let's All Tell BMW What to Do 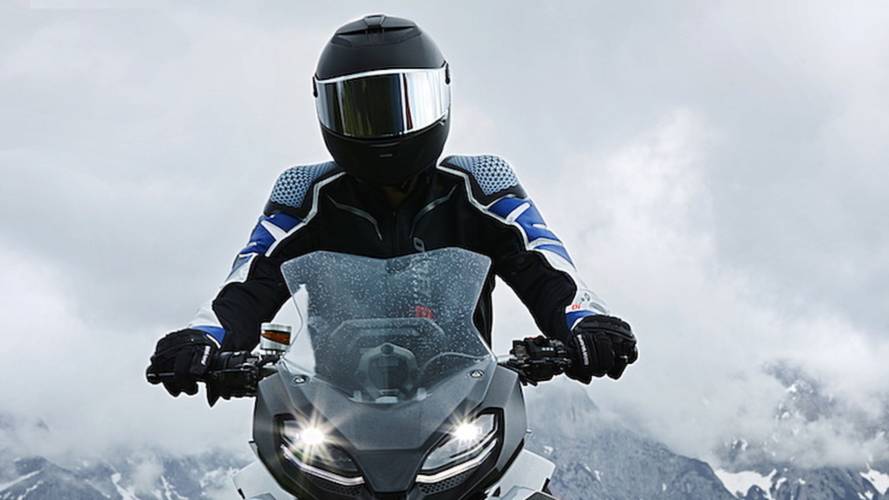 The Bavarians are great. Could you make them better?

I’m not really sure why I enjoy these “Let’s Tell xx What to Do” articles, in which I offer up free advice to the world’s motorcycle manufacturers. It’s not like I really have any idea what I’m talking about. I have absolutely no business acumen whatsoever. If I were actually running a motorcycle company, it would have all the solvency of a Kenyan ski resort. But, hey, it’s fun.

ADVICE, WE GOT IT!

I suppose the fun comes in imagining. I’m just a dude that loves motorcycles and this is an extension of the game I sometimes play in which I dream up the “perfect” motorcycle. You know: what elements would exist on your 100-percent ideal moto? For me, of course, that perfect bike would be an Indian because I’m a ridiculous fanboy. But when I start to get into the details of my imaginary machine, I more often than not find myself describing elements that exist on current BMW motorcycles. So, a lot of my advice to the German manufacturer consists of “more of the same but different”-type suggestions.

BMW Motorrad has been around for almost a century. It launched in 1921, making engines for other manufacturers. Though of course, the BMW company itself has a more extensive history, stretching back to at least 1913, depending on who’s telling the story. The first official BMW motorcycle was the R32, released in 1923. The bike’s flat twin and art deco styling made it arguably one of the most attractive motorcycles in history.

The brand has been experiencing unprecedented growth over the past seven years, with each consecutive year surpassing the one previous as the company’s best ever. Thanks, no doubt, to the fact BMW Motorrad is tied to a large international automaker, it’s managed to handle that growth relatively well. But it has to be acknowledged that the brand’s once sterling reputation for reliability and customer service has taken a knock or two.

The R 1200 GS is wildly popular in Europe. Most people don't use them this way, however.

Nonetheless, people are buying BMW bikes in droves—GS models in particular. Last year, BMW sold more than 50,000 GS models of some sort, representing 32 percent of overall sales. The R 1200 GS (combined with the R 1200 GS Adventure) is the best-selling two-wheeler in Europe full stop, even managing to beat out seemingly ubiquitous scooters like the Honda PCX 125.

The success of the GS series has transformed the European market, changing the way people think about bikes and biking. In many ways, I think it has changed biking for the better. So, my first piece of advice to BMW is to keep evolving the GS platform. Keep exceeding expectations in terms of tech and usability. Keep adding safety features and riding aids that other manufacturers are too lazy to put on their bikes, thereby making them look like fools as the market evolves away from their old and busted machines.

The old dudes may complain about stuff like cornering ABS and advanced traction control, but the old dudes aren’t expanding the market. BMW is. And it’s doing so with motorcycles that are ever safer and more accessible.

Having just said that, however, I think it may be in BMW’s interest to figure out a way to simplify the user experience when it comes to the tech on some of its bikes. The wonder wheel used to navigate the options menu on its larger touring-focused models is probably useful enough in and of itself, but, Lord, the menu it navigates is excessive. I remember this being one of my major quibbles about the K 1600 B: any time I wanted to do anything (set the riding mode, turn the radio on, check my overall mileage) it felt I had to spend five minutes scrolling through the bike’s damned options menu. And I still never figured out how to pair my helmet to the bike via Bluetooth.

My experience with the commendable K 1600 B also leads to my suggestion that the company’s right hand pay a little more attention to what the left hand is doing. In other words, BMW should spend a little more time identifying what works in one platform (and why) when attempting to transfer those elements to another platform.

When I got to spend a few weeks with one last summer I loved the K 1600 B for what it was, but felt emphatically it was not what it claimed to be: it is not a bagger. It looks like a bagger from a distance, but lacks many of the character aspects that define the bagger genre. At the time I rode the bike, I chalked this up to Teutonic pragmatism—Germans being incapable of having fun for fun’s sake. But then I rode the wonderfully unrefined R nineT and I thought: “Wait a second! They can do this. In fact, they can do it really well.”

The R nineT is an unrefined joy to ride.

If BMW had managed to transfer the raw, mechanical, analogue-as-opposed-to-digital, unruly feel of the R nineT into its bagger that thing would be damned joy. I probably would have come home and bought one. Rather than setting up The Motorcycle Obsession, I would have left RA to start OhMyJeezusTheK1600BIsTheShit.org

That’s assuming, of course, BMW had managed to also carry over some of the R nineT’s styling prowess. Which leads to my next piece of advice: pay more attention to how the bikes look.

Back in April, thanks to the fine folks at Pirelli, I got a chance to ride the BMW S 1000 R for the first time—something I had previously made no effort to do because it's such an unattractive machine. Turns out I flippin’ love that bike. It’s relatively easy to ride (you know, for a 164hp super naked), it’s insanely fun, and even more insanely fast. But, oo-de-lally, is it ugly. Not admirably ugly, just ugly—plasticky, uninspiring, goofily angular, and cheap-looking. I would never have guessed a bike that looks that bad could be so good to ride.

I'm not a big fan of riding track." draggable="false">

In case you're wondering about the look on my face: why, yes, I am stressed out. As I've mentioned before, I'm not a big fan of riding track.

Yes, the aesthetics of a bike, especially a naked, aren’t something you really see when sitting on it, but deep down in your heart you’d still know. Every time you passed a shop window you’d catch a reflection of yourself and wince. You’d never once be sitting at a stoplight, look over at a kid, and happily think: “I’ll bet that kid thinks I’m cool.”

With the R nineT platform, however, BMW has managed to hit the mark aesthetically in almost all its iterations (I go back and forth on how I feel about the Urban G/S). To that end, my final piece of advice is to reconsider the decision to no longer expand the R nineT platform.

In April 2018, BMW announced that its R nineT family was now “complete,” and that no further variations on the theme would be forthcoming. I respect the desire to not go to the well too often, and I’ll admit that I’m not entirely sure how the platform could be tweaked further, but I question the wisdom of flat out saying: “no more.” The R nineT series speaks to the emotion of riding and I think it’s worth considering whether that spirit can be extended in more ways.

RELATED: Let's Guess the Awesome Thing Indian is Working On

It's worth noting, however, that my perspective of BMW is formed by living in Europe; or, well, that part of Europe that is eager not to be part of Europe—i.e., Britain. BMW is not nearly as influential in the United States, where it seems to still be struggling to fully grasp what American riders want. It may be that paying attention to some of the above points might help. I'm pretty sure things like its Concept 9cento won't. Still, I can’t think of a genre or style that I would like to see BMW attempt that it isn’t already doing. It’s not like my desire for Indian to make a bike like the R nineT, or Triumph to make a bike like the R 1200 RT, or Suzuki to make a bike like the S 1000 XR.

BMW is making the benchmark machines these days, so it's difficult to know how it could improve its fortunes Stateside. What are your thoughts?

One of my favorite motorcycling experiences involved spending a few weeks riding the K 1600 B through North Carolina and Virginia.