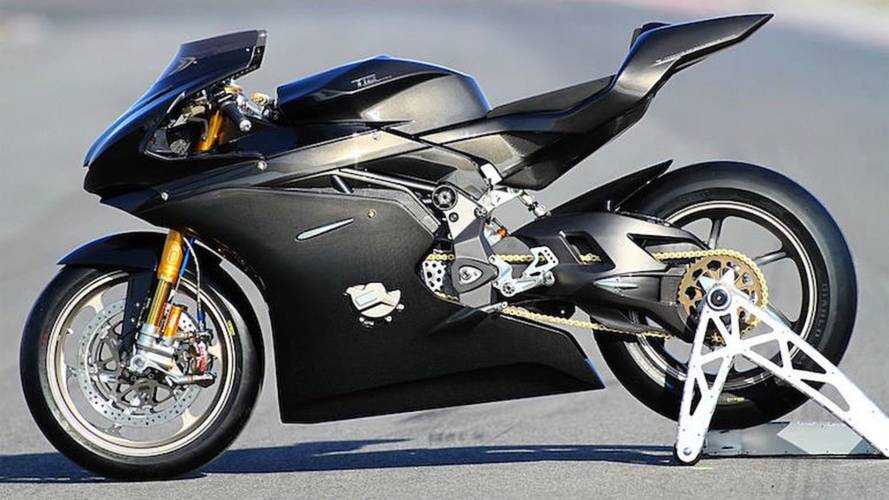 Often referred to as the “Michelangelo of motorcycles”, Massimo Tamburini’s influence on motorcycle design is hard to overstate. As the creative force behind iconic models such as the Ducati 916, MV Agusta F4 (and F3 and Brutale), it’s easy to comprehend just how extraordinary Tamburini's work truly was. While he did managed to deliver some truly breathtaking motorcycle designs in his time, Tamburini always had to work within restrictive guidelines dictated by government regulations and inspections. Towards the very end of his life, Tamburini said to hell with all those pesky government restrictions and created a concept for a truly elite motorcycle with no concern for production costs or road-legal regulations. The result was the breathtaking T12 Massimo.

The T12 looks incredible from every angle

"To showcase my father’s last work, in which he has put all of his life’s experiences, in an extremely prestigious context like Top Marques, is for me the absolute best way to honor him as a designer and as a person. The T12 Massimo is for all intents and purposes a work of art projecting the future, at the same time representing his way of being, without compromises and always seeking excellence,” stated Andrea Tamburini, Massimo’s son who was at the helm for the T12 project.

Despite being designed several years ago, the T12 still looks sleek and modern

Though Tamburini sadly passed away in April of 2014 prior to seeing his T12 concepts come to life, the legendary designer’s son took the reins and brought the motorcycle to fruition. The T12 was first unveiled as a prototype way back in 2016. Two years later and the first dozen units are now scheduled to roll out of the factory, and damn, are these some elite motorcycles. The track-only two-wheelers are built around BMW’s potent S1000RR mill which have reportedly been tuned to WSBK-spec—now putting down a cool (claimed) 230 horsepower. The BMW engine is wrapped in proprietary chassis—a steel tube trellis unit married to cast magnesium swing-arm plates and steering head with a sexy lightweight cast magnesium alloy single-sided swing-arm.

With such a substantial price tag, it's hard to even imagine riding the T12