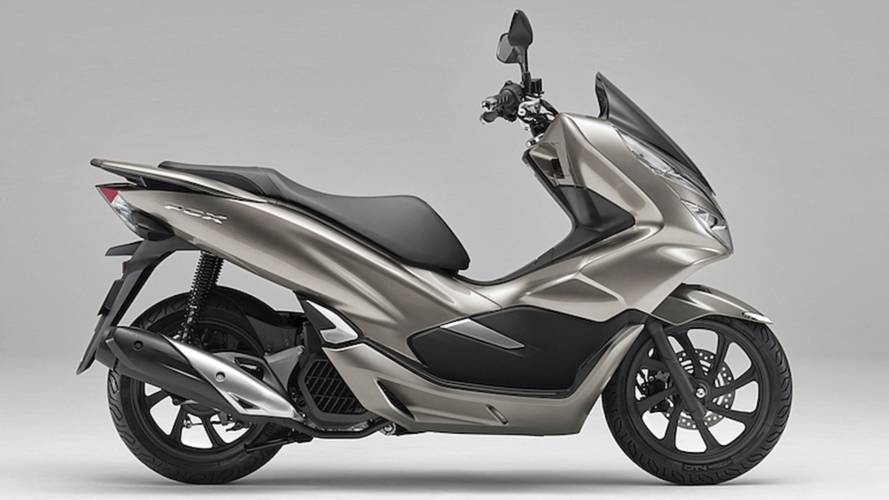 The PCX150 returns for 2019 as a lighter, safer, more stable and comfortable scooter thanks to a myriad of revisions by the Japanese OEM.

While it doesn’t get as much attention as the segments of its larger-wheeled counterparts, today’s scooter market is nonetheless driven by a fiercely competitive race to deliver a product with as many amenities as possible for daily urban jaunts, while keeping prices aggressively low. This means the release of an increasing number of small-displacement scooters getting features, like LCD instrumentation and ABS, that have previously been reserved for larger, more expensive mounts. A perfect example of this is Honda's updated 2019 PCX150 scooter.

AN INTERNATIONAL PERSPECTIVE: Examining scooters from a global perspective

The 2019 PCX gets a generous number of revisions, starting with its new steel duplex cradle frame, replacing the previous model’s underbone tubular steel chassis, claimed to offer improved stability and a more planted feel in the corners. The PCX’s rear suspenders were also given a minor overhaul in the form of tri-rate dual shocks, now fitted a few inches further back and offering an extra 0.2-inches of travel over the 2018 version (though the 31mm telescopic unit remains up front). Optional ABS is another key update for 2019, linking to the scooter’s 220mm single disc up from and a 130mm drum unit in back. The 2019 PCX also jettisoned last year’s five-armed wheels in favor of new lighter and thinner eight-arm rims that are wrapped in larger tires.

Resting inside the new steel duplex structure is a power plant that is actually a tad smaller than last year’s mill with Honda reducing the engine’s bore by 0.7 millimeters resulting in a displacement of 149cc (the Euro-spec model is 125cc). Honda’s press release says that the 2019 model boasts increased power at higher RPM thanks to a new larger air-filter and revised intake and exhaust layout that reportedly enhances airflow. The low-friction, liquid-cooled, four-stroke, SOHC, 80 degree, 149cc single is married to Honda’s “V-Matic” automatic transmission and is said to offer very "user-friendly control".

Last year Honda revealed new electric and hybrid variants of the PCX in the Asian markets that sported redesigned bodywork which has made its way onto the American market’s 2019 PCX150. The facelift includes the addition of a main LED headlight unit sandwiched between vertically running LED signals. The 2019 model also gets LCD instrumentation, more than seven gallons of under-seat storage space (and a small dash stash), 12-volt adaptor, and a helmet hook. With its 2.1 gallon tank full, the 2019 PCX’s curb weight comes in at 289 pounds, a figure down about six pounds from last year’s model.

“Over the years, the PCX150 has earned a legion of followers through its mix of enjoyable performance and remarkable efficiency,” says Lee Edmunds, American Honda’s Manager of Motorcycle Marketing Communications. “For 2019, Honda has expanded on that winning formula with a long list of updates that will appeal to an expanding audience. Lighter, more comfortable, and now available with optional ABS, this latest PCX150 will turn heads wherever it goes.”