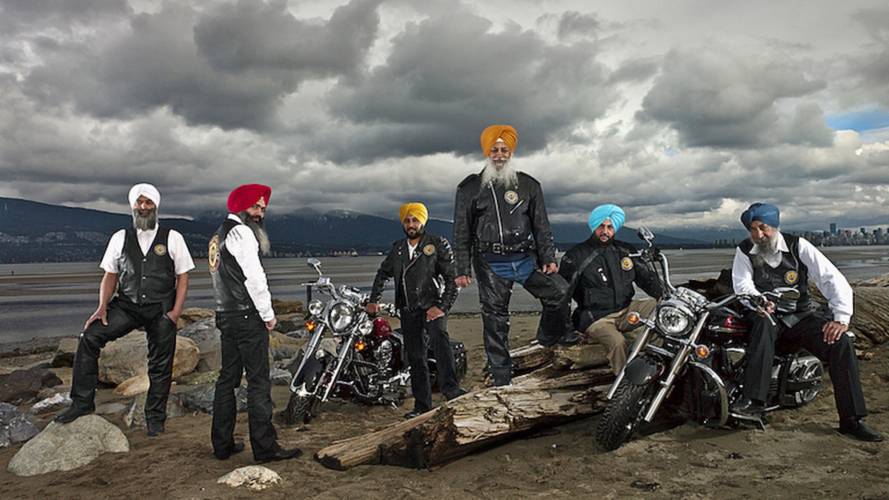 Without a public insurance provider in Alberta, many wonder to what extent Sikhs might impact the insurance premiums of Alberta riders as a whole

Last week we told you about how Alberta joined British Columbia and Manitoba on the list of provinces that now allow practicing Sikhs to ride motorcycles without helmets. As we stipulated last week, the new exemption could have an obvious effect on insurance companies who, for obvious reasons, aren’t huge fans of insuring motorcyclists who ride sans helmet.

Because Manitoba and British Columbia have both already been allowing Sikhs to ride without helmets for years, you may be saying, “What’s the big deal here?”. It’s important to mention that Alberta, unlike Manitoba and BC, lacks a public insurance provider. During an interview with CBC News, a spokesperson for Manitoba Public Insurance stated that the Sikh helmet law exemption has not yet resulted in any increases in premiums. Despite this, Alberta insurance providers are unsure of the exemption’s ramifications which some worry could lead to steeper premiums for all Alberta riders.

Based on statistics, it seems clear that the recent exemption in Alberta would cause premiums to spike. According to industry insiders however, companies are still gathering data before coming to any conclusion.

“It’s a bit too early to tell if this is going to have an impact but certainly some insurance companies that deal with motorcycle premiums will be watching that trend going forward,” Insurance Bureau of Canada director of consumer and industry relations Rob de Pruis told CBC News.

Sikh riders might at first appear to be a very small minority of the riding population, but they’re becoming less so as an increasing number have taken up riding in recent years. Like your average motorcycle club, the Sikh clubs cruise around together while rocking club vests and beards, they put on charity and awareness rides, and for all intents and purposes are no different from your average club aside from their choice of non-DOT-approved headwear. Founding members of the SMC were actually instrumental in enacting the helmet law exemption for Sikhs in BC, the first province in Canada to do so.

More and more Sikhs are taking up riding

To Canada’s Sikh Motorcycle Club—and other Sikh moto clubs like the Sikh Riders of America—the helmet exemption is about more than just getting to ride while wearing a turban, it’s about being seen wearing a turban while on a motorcycle.

“Nothing gets more Americana than motorcycles,” stated Mandeep Shandhu, a founding member of the Sikh Riders of America during an interview with AJ+. ”We thought ‘Americans relate with motorcycles and this is something embedded in American culture and we might as well do something that we enjoy and that American culture is all about.”

To these Sikhs, motorcycles present an opportunity to bridge the divide between themselves and the average American, raising awareness and dispelling misconceptions without actively promoting or pushing their religious ideology onto anyone. At the 2017 Sikh Day Parade in New York, police put their foot down and said SMC members would not be allowed to ride without a helmet. Although many of them regularly remove their turbans to ride, the majority of the club opted to instead walk the route along Madison Avenue so they could be seen as Sikh bikers and not just bikers.

It should be interesting to see what comes of all this, and we’ll be sure to update you as more news comes in. Below is a music video I found for from the Sikh Motorcycle Club of Surrey, British Colombia that’s definitely worth a quick watch.