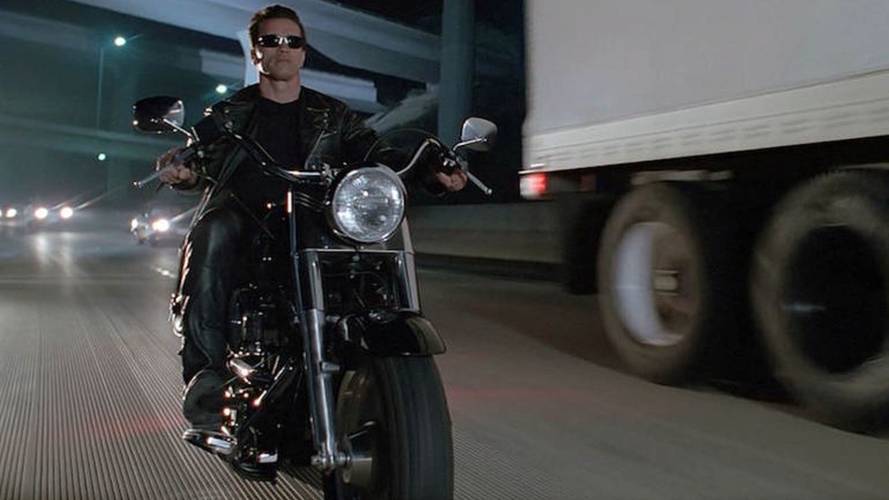 An iconic motorcycle from an iconic movie’s most iconic stunt sequence goes up for sale at auction next to some other noteworthy memorabilia.

Ahhnold's Fat Boy is estimated to bring in more than $250,000 when it goes up on the auction block next month

1991’s Terminator 2: Judgement Day was a smash box office success, raking in more than $500M in ticket sales and cementing its place as a classic in movie history. One of the most iconic props was the Harley-Davidson FLSTF Fat Boy that Arnold Schwarzenegger rode while being chased through the Los Angeles River by Robert Patrick's T1000 in a stolen heavy tow truck—a sequence coordinated by stunt legend Gary Davis. Well, that famous Fat Boy is now scheduled to hit the auction block at the upcoming “Icons & Legends of Hollywood Auction” held by auction house Profiles in History.

MORE AUCTION AND BIKE BUYING NEWS: Why now is the time to invest in vintage motorcycles

There doesn’t appear to be any details specifying the mechanical condition of the prop bike, but it appears to be in solid condition cosmetically and experts reportedly anticipate the Harley to sell for somewhere between $200-300K. In addition to Arnold’s cruiser, next month’s auction will also see some other noteworthy syfy memorabilia cross the auction block, including the “Lawmaster” motorcycle from Judge Dredd (expected to see for $20-30K), the miniature Jupiter 1 spacecraft used in the filming of the 1998’s Lost in Space (expected to sell for $30-50K), the 1/12th scale Colonial Marines miniature Dropship used in James Cameron’s 1986 Aliens (estimated to sell for a whopping $150K!), and other awesomely cool props.

We'll be sure to update you with how much the Fat Boy sells for, but until then, you should check out this really cool video about some of Gary Davis’ best stunt sequences, including the famous LA river sequence from Terminator 2 that features the Harley Davidson FLSTF "Fat Boy" and a Honda XR 125.

MORE FAMOUS MOTOS FROM THE MOVIES: Mini bike from Dumb and Dumber sells at auction for insane amount