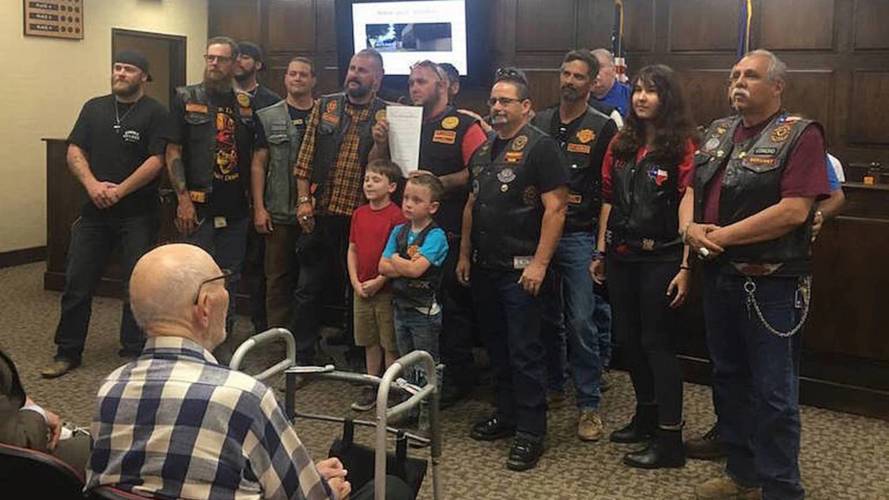 The Bandidos MC was honored by a small Texas town for Motorcycle Safety Awareness Month, causing a city councilman to resign in disgust.

Having existed for more than a half century, the Bandidos MC is one of the world’s largest biker clubs and consequently has an established and well-known reputation. While the organization has undeniably performed a lot of charity work in its time, it has also been involved in dozens of murders and other serious crimes, with the Bandidos being recognized by various law enforcement agencies as a dangerous, organized criminal gang. So when White Settlement, Texas—a suburb of Fort Worth—recently recognized the one-percenter club during a proclamation for Motorcycle Safety Awareness Month, city councilman Dave Mann promptly resigned, stating he had no desire to serve on a council that embraces what he sees as criminals.

“It is a sad day when city officials invite violent criminal street gangs into our city who thrive on selling heroin, marijuana, methamphetamine and other narcotics and promote prostitution, human trafficking, gun trafficking, murder and other criminal activities,” stated a letter from Mann which he read prior to May 8, 2018’s council meeting. “I cannot be a part of a council who openly honors criminals and their illicit activities. Council members are sworn to protect our citizens!”

Mann had been serving on the city council for the Texas town of just south of 20,000 residents prior to the recent incident that prompted his resignation. When White Settlement’s Mayor Ronald White was asked to comment on Mann’s resignation, he couldn’t have been less helpful, stating, “I really don’t understand anything about motorcycle clubs or gangs as I am not around that so I don’t really know.”

CHECK OUT: My Friend the Outlaw Biker

White did say Mann had called him after the meeting in which the Bandidos were included, and expressed his disappointment about what he saw as the MC being “honored”. “I see people wearing leather jackets and all kinds of patches; I can’t tell one from the other,” said White, who apparently went on to prove his lack of expertise on the matter by pointing out that one of White Settlement’s city council members, Danny Anderson, also happens to ride a motorcycle and wear jackets with patches.