Intentional Hit-and-Run in Florida is Comedy of Errors 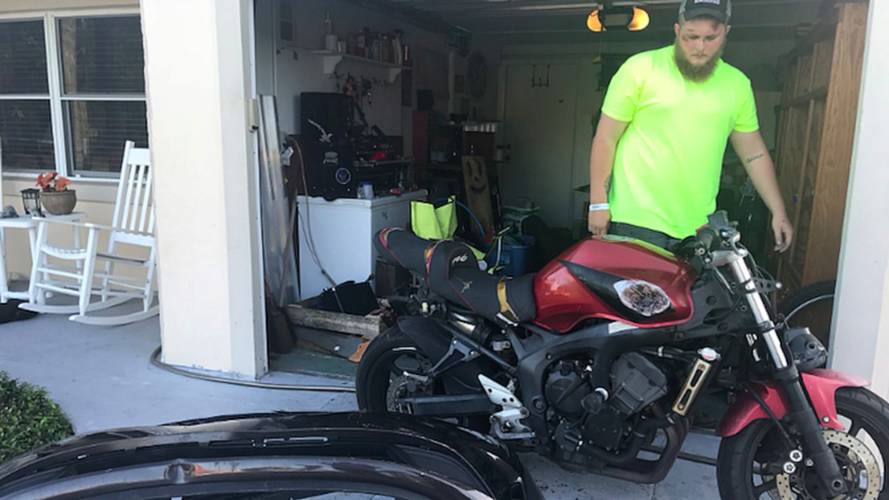 Two hit-and-runs in the same day with the same car, two arrests, and two hospital visits; just your average day for Florida Woman!

Not to be outdone by Florida Man, Florida Woman goes on hit-and-run spree

We all know that truth is stranger than fiction, and nowhere is that more true than in the great state of Florida. In the last couple months we’ve told you about how Florida is the statistically the most dangerous state for bikers, about the Florida rider who torched his own scooter, the Flordia biker who shot himself during a crash, and another Florida road rage incident where a biker was intentionally hit by a car. An even more recent road rage incident has surfaced though, leading to a woman also intentionally running down a motorcyclists in her car, sending the biker to the hospital with non-life-threatening injuries to his stomach, hand, and head, (though he was wearing a helmet). From there, the story takes a number of unexpected and comedic turns.

KEEP IT COOL: How to deal with road rage

Brevard County, Flordia, Friday 13, 2018, 4:15AM. According to the Space Coast Daily, local dispatchers receive a 911 call from a man claiming he was on his Yamaha motorcycle when a road-rage incident resulted in the driver of a brown four-door Kia intentionally plowing into the motorcyclist and then fleeing the scene. Apparently the situation was sparked by an argument between the Kia driver, one Alandra Ramirez, and the unnamed 19-year-old biker. The two drove around the city of Melbourne, Florida, exchanging heated words before Ramirez allegedly rear-ended the victim with her car, sending him to the hospital. Supposedly, the motorcycle was hit so hard that the Kia’s front bumper became lodged between the bike’s rear-wheel and “fender” (though I assume the report is referring to the tail section).

Several hours later, an unrelated incident wound up prompting Ramirez to seek medical attention herself. Upon entering the hospital, she just happened to run into a familiar face, that of the motorcyclist she hit just hours earlier. The victim quickly identified Ramirez as the driver of the car that hit him. That led to Ramirez's arrest. From there, things become even weirder. Ramirez appeared before a judge, who informed the hit-and-run suspect that she was being charged with aggravated battery, to which a disheveled and blase Ramirez replied, “Excuse me? I don’t even know what happen(ed)”.

According to police, only 30 minutes or so after the initial incident, the very same brown four-door Kia was involved in yet another collision. This time the poor Kia careened into a light post. Apparently this time the vehicle was driven by Ramirez’ boyfriend Jamal Williams. Williams, like his girlfriend, also opted to flee the scene after his accident. He too was then arrested and appeared in court.