Time To Invest: Value of Vintage Motorcycles on the Rise 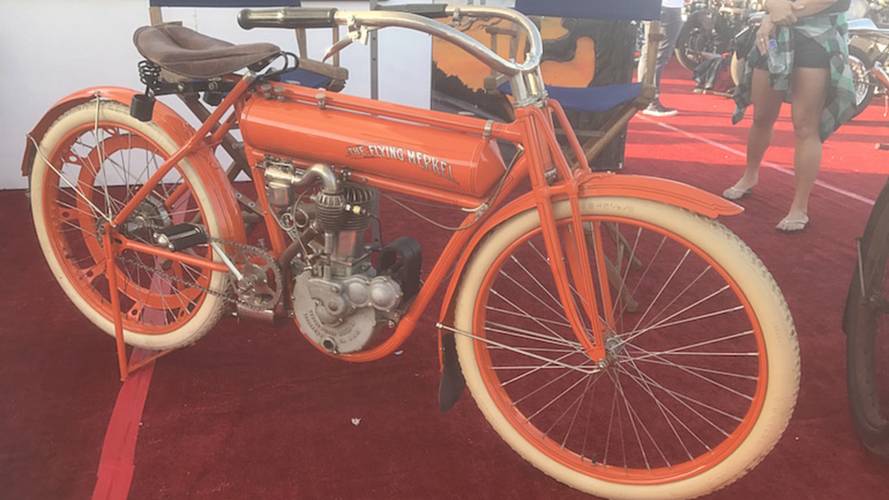 With antique motorcycle prices steadily climbing, there’s never been a better time to forgo the IRA in favor of a BSA

Way back in the 1980s Jay Leno purchased a 1939 Brough Superior for $5,000. Fast forward to today and that same motorcycle is worth close to half-a-million dollars. It can be hard to predict what a motorcycle is going to be worth in the future, but trends suggest that investing in a vintage two-wheeler is becoming an increasingly sound financial decision—whether you’re buying an elite piece of motorcycling history or a 1970s Honda.

Because there are so many factors that come into play when determining a motorcycle’s value, it can be hard to nail-down an exact figure. Having said that, a lot of pretty safe assumptions can be made about bikes of a certain age (or older). For example, let’s look at a 1975 Honda CB550. Will the value of the model fluctuate over the next decade? Probably. However, Honda isn't making any more of them and a lot of the models in existence are being ridden or chopped-up and customized which means that the supply of stock, unmolested models is steadily dwindling. Therefore it’s extremely unlikely that the value of these machines will decline much in the future, making them relatively safe investments.

"Motorcycles are one of the fastest growing segments in the collectible vehicle market," explained McKeel Hagerty, CEO of Hagerty during a 2010 interview. "The recent interest is inspiring enthusiasts to pull their bikes out of long-term storage to enjoy again and share with the next generation. From a collecting standpoint, motorcycles are very approachable because many can be purchased for less than $10,000, and they take up very little space in your garage."

According to the specialist insurance outfit, demand for all vintage bikes has increased by more than 50 percent since 2010. While scoots from the 1920s have experienced the most growth in value over the last couple years—as a result of being undervalued for quite some time according to Hagerty—models from the ‘60s and ‘70s have also seen a marked rise in value in recent years thanks to a surge in popularity and an increased demand from collectors.

While this original Indian three-wheeler may have been seen as an obsolete pile of junk for several decades, its value has clearly returned

Furthermore, auction records are constantly being broken. In the last couple months alone we’ve told you about the 1969 Honda CB750 prototype that sold for a record-breaking $200K, as well as the mini bikes used in the making of Dumb and Dumber and by John Lennon that both fetched tens of thousands of dollars. Back in January, a 1951 Vincent Black Lightning became the most valuable motorcycle ever sold at auction when it garnered $929K—appreciating a cool 4,475 percent (even when adjusted for inflation!).

“It is fascinating to see how the values have increased since the machines were new,” says Ben Walker, international director for elite auction house, Bonhams. “Knowing what we know now – the percentage increase in value and how difficult it is to acquire these machines - it would be great to step back in time and buy them. These are machines that will appeal to all areas of enthusiasm – not just because of their value but also because of the nostalgia that they evoke.”

The only question is, which of today’s craigslist beaters will be tomorrow’s elite auction-block earners? Let us know what bikes you think will significantly appreciate in the next decade or two in the comments below.