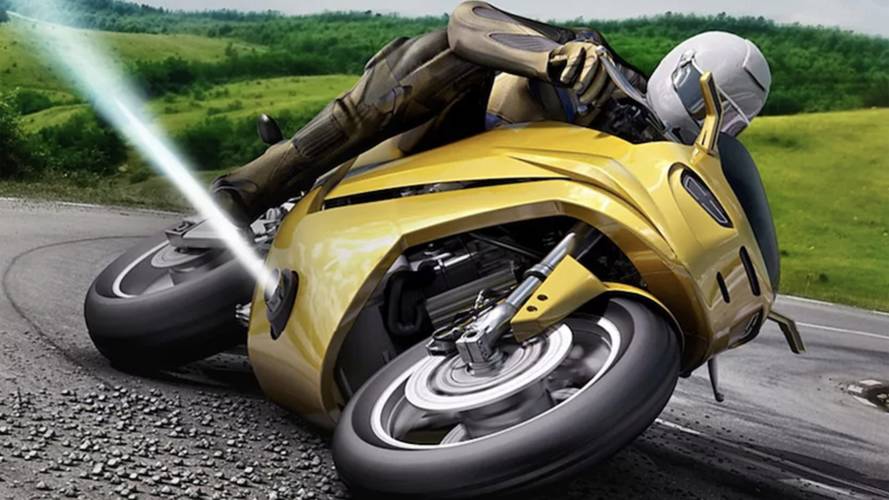 In an attempt to reduce the frequency of low-side crashes, Bosch is developing a motorcycle anti-skid system that uses compressed gas thrusters.

We are all aware that riding on a motorcycle makes us more vulnerable than sitting in a car. It’s part of the risks but also of the thrill. For years, manufacturers have been working to increase safety for riders with such technologies as inflatable vests and smart helmets with some success. Where will the next stride in safety come from? Space, the final frontier.

CHECK OUT: How It Works: Modern Airbag Suits

Ever thought while watching a space movie “Phew! Glad that astronaut drifting into nothingness had his thrusters to take him back to the spaceship and save the day!” Pretty soon, if you're lucky, you could say “Phew! Glad my bike had its thrusters to keep me from falling and sliding!”

German manufacturer Bosch is taking space technology and giving it an Earth-bound application in the shape of a motorcycles anti-slide system. Because nobody wants to ride a bike with training wheels, the company has turned to pressurized gas to help you get a grip on the situation when things go awry.

Bosch’s sliding mitigation system will use a principle similar to an airbag to provide a lateral push when the bike is leaned in and loses friction on a slippery surface. Instead of a bag being deployed, pressurized gas is instantly and briefly released on the side the motorcycle is leaning as soon as the tires loose grip to help bring it back up and regain control. A gentle push out of a potentially dangerous and definitely frustrating situation.

Also like an airbag, the thruster will save your butt only once before needing a replacement—no neglecting your training just for the kick of feeling like an astronaut. And a new system probably won’t be cheap to swap, though no pricing or release date have been announced. Now it begs the question: increased safety has obvious advantages, but will it reduce the thrill of riding?