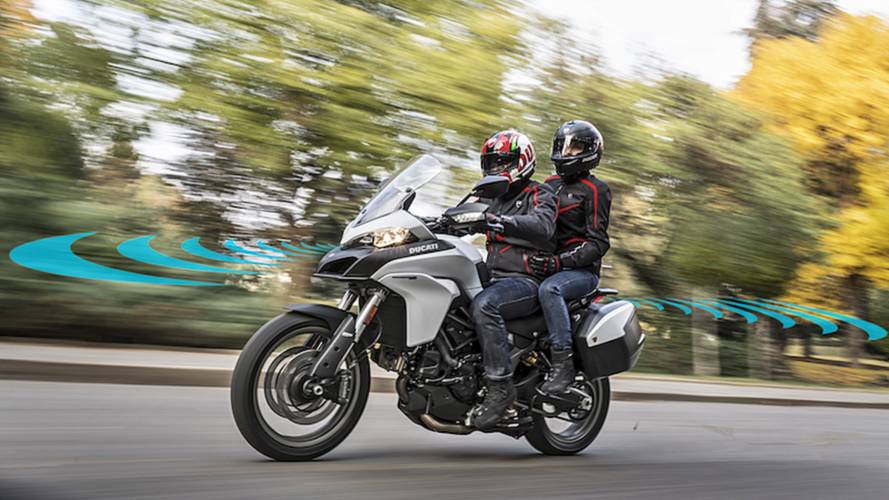 As part of Ducati’s aim to introduce new safety technologies on its entire model lineup, the brand has just announced its bikes will feature lasers by 2020

As one of the leading high-end motorcycle manufacturers, Ducati regularly introduces new and innovative systems and technologies on production motorcycles. A decade ago the Italian brand became the first marque to offer production bikes equipped with full traction-control systems, and in 2014 Ducati introduced the only motorcycle in the world able to interact with a non-tethered airbag jacket. As part of the brand’s continued effort to stay at the forefront of today’s moto arms-race, Ducati just announced the next step in what its calling its “2025 Safety Road Map”—a program implemented to employ new safety tech—and it involves lasers.

DUCATI RACING NEWS: Davies tacks on another win at Aragon

The first phase of the new program is reportedly already underway, and aims to fit every new production model with cornering ABS — a feature that’s already made its way onto the new Scrambler 1100. The next phase, according to a new press release, is the new forward and rear-facing radar system already in the pipeline for 2020. The ARAS (Advanced Rider Assistance Systems) utilize a myriad of sensors and is essentially just a motorcycle version of the already existing driver-assist technology found on most modern cars.

The new system uses the front-facing radar to adjust the throttle and brakes if an obstacle (or vehicle) is detected and the rider fails to make the necessary inputs. The front radar also regulates what Ducati’s press release calls “ACC” (Adaptive Cruise Control), adjusting a rider’s speed to maintain s distance (set by the rider) between them and the vehicle they’re following. The rear-facing radar is supposedly able to alert riders to vehicles present in their blind spot(s) or traffic approaching at a high rate of speed from behind.

Apparently the technology has been in development since 2016, and was born out of a collaborative effort with the Department of Electronics, Information, and Bioengineering of the Politecnico di Milano University. In 2017 a patent application was filed concerning the system control algorithms, and a Scientific Publication was presented at the IEEE - Intelligent Vehicles Symposium (IV). If all goes according to plan, we should start seeing this technology on production motorcycles as early as 2020.