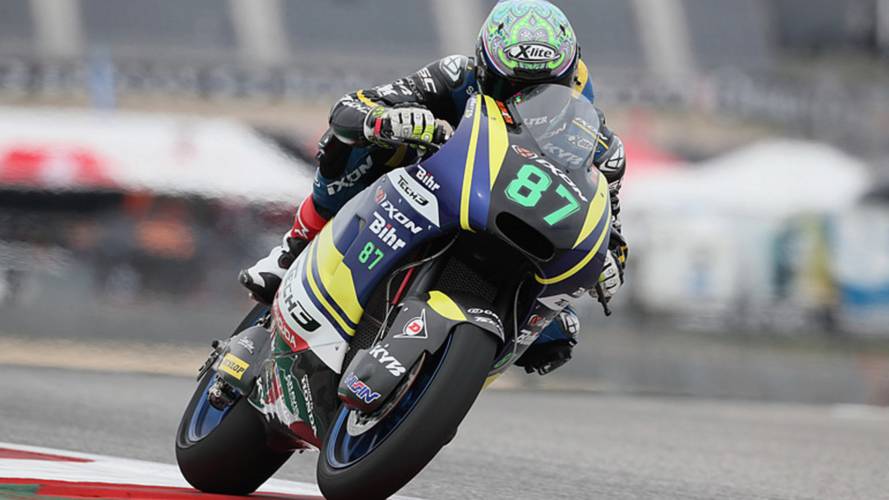 Gardner Breaks Both Legs in Motocross ShuntRemy Gardner is set for a spell on the Moto2 sidelines after breaking both of his legs and an ankle in a...

The Aussie will go under the knife of Dr Xavier Mir in Barcelona before beginning his recovery. His Tech3 team has confirmed that Gardner will be replaced by Hector Garzo for this weekend's Jerez round, with more missed races highly likely as his injuries heal.

CHECK OUT: Lorenzo: Rossi Copied Me When He Returned to Yamaha

"It’s very disappointing news that we received today from Wayne Gardner informing us that Remy apparently broke his two legs and one ankle, which means of course he won’t be in Jerez," said Tech3 boss Herve Poncharal.

"It looks like he could be out for a few weeks, so clearly, he won’t be able to race this weekend, which is a big shame, because Remy was having the best start of his young career in Moto2 with a good race in Qatar, a really, really strong race in Argentina. Texas was a bit less competitive, but still holding a good position in the championship.

"For sure after having nine days of testing in Jerez, we were looking for a good performance there.

"Unfortunately, it is what it is and he isn’t the first one with an accident in training. Every year, race by race, MotoGP Championship riders are getting injured while training. It’s a shame, but this is life."

Poncharal added that Garzo is the ideal replacement.

"We are proud to announce that Hector Garzo, who is riding the Mistral 610 in the CEV Moto2 Championship, who also replaced Xavi Vierge last year when he was out due to injury at the Sachsenring, will be back in the Tech3 Racing team," he said.

"We are happy to see him again and we hope he will be as impressive as he was for his first outing in the Moto2 World Championship. We will do everything we can to make him feel comfortable without too much pressure. He knows Jerez, he’s from Spain and hopefully he can make us forget the disappointment of Remy’s absence.”